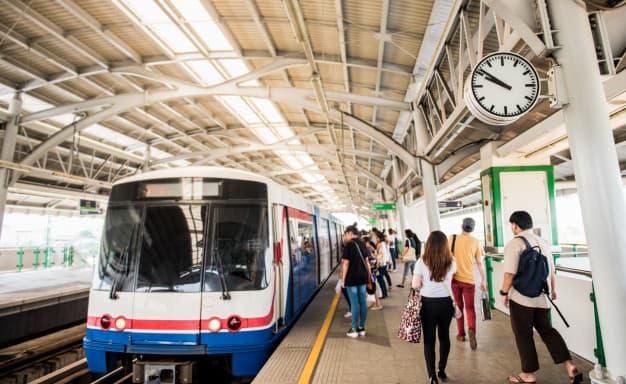 People have been going to Hua Lamphong Railway Station in Bangkok to refund their train tickets and refrain from travelling after the government asked the public for cooperation to stop Covid-19 from spreading.

According to the reporters, the virus outbreak causes decreasing of people returning to their home provinces as normal daily trip 70,000 – 80,000 per day and it could be around 120,000 trips per day during festival. However, the Train Thailand Department can not reduce or cut the all destinations as immediate action due to social distancing campaign from the government stating that people should keep distance from one another for 1 meter to prevent the virus spreading which cause the train to have more space.