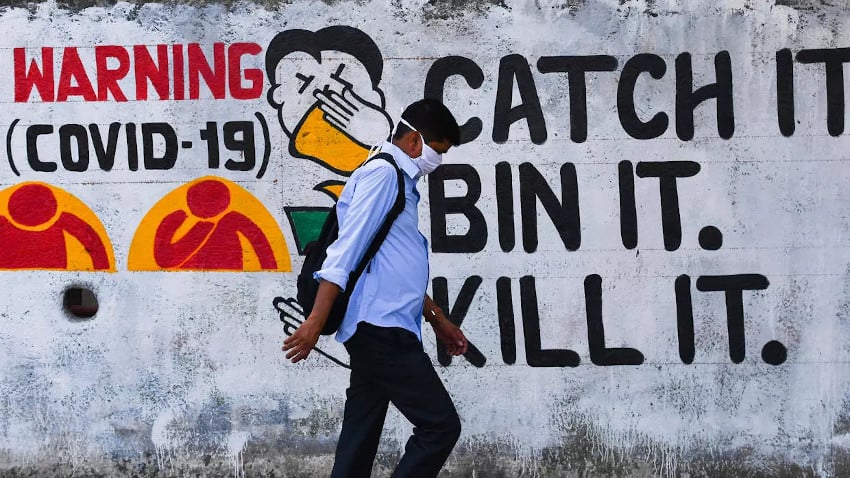 Humanity under virus lockdown almost half of the world
(C)France24

India’s billion-plus population went into a three-week lockdown on Wednesday, with a third of the world now under orders to stay indoors, as the coronavirus pandemic forced Japan to postpone the Olympics until next year.

Financial markets soared after a catastrophic month as the US Congress looked set to pass a mammoth stimulus bill, joining the world’s central banks in combatting the crisis with major cash injections. Donald Trump voiced hope that the United States would be “raring to go” by Easter, which falls on April 12 for most Christians, but despite the president’s optimism, more governments are taking unprecedented action to stop potential virus-carriers going out and about.

Prime Minister Narendra Modi’s “total lockdown” call doubled the number of people around the globe under some form of movement restriction to more than 2.6 billion people. “To save India, to save its every citizen, you, your family… every street, every neighbourhood is being put under lockdown,” Modi said in a televised address.

But China, where the new virus emerged last year, loosened tough restrictions on the 50 million people in its epicentre province of Hubei on Wednesday after a months-long lockdown as the country reported no new domestic cases. The city of Wuhan — the initial ground zero of the outbreak after it was initially detected at a market that sold wild animals for human consumption — will allow residents to leave from April 8.

Global markets finally started to recoup some of the losses seen in the February bloodbath. The Dow Jones Industrial Index on Tuesday surged 11.3%, its biggest rally in percentage terms since 1933 during the Great Depression. The massive rise comes as US legislators reported headway on a $2 trillion rescue package that would be the largest emergency spending effort ever and inject cash both into the hands of consumers and businesses. (The package was later passed.