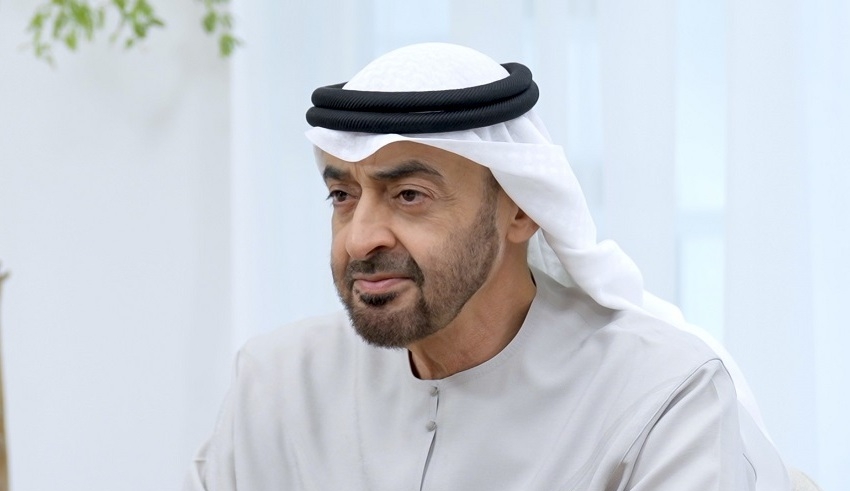 His Highness Sheikh Mohamed bin Zayed Al Nahyan, president of the United Arab Emirates, has declared 2023 the “Year of Sustainability.”

The “Year of Sustainability” will include a number of projects, activities, and events that draw on the UAE’s deeply ingrained ideals of sustainability and the heritage of its late founder, Sheikh Zayed bin Sultan Al Nahyan. In accordance with the UAE’s national plan, it will also emphasize environmental sustainability through motivating collective action via a countrywide commitment to sustainable practices, bringing together everyone who calls the UAE home to strive towards a successful future.

The year also intends to demonstrate the UAE’s dedication to promoting worldwide cooperation in the search for creative solutions to sustainability-related concerns such as energy, climate change, and other urgent issues.

President His Highness Sheikh Mohamed bin Zayed said, “Sustainability has been a fundamental tenet of the United Arab Emirates since its formation. Environmental preservation and resource management continue to be exemplary in the United States. Sheikh Zayed was a worldwide pioneer in environmental and climate action, establishing a legacy that we continue to follow today.”

His Highness continued, “Today for Tomorrow reflects the United Arab Emirates’ attitude and dedication to sustainability, as well as its obligation to safeguard the future. By working, exerting effort, and taking action now, we ensure that future generations will inherit a legacy of stewardship, just as our predecessors did for us.”

His Highness also highlighted the relevance of the Year of Sustainability as the UAE prepares to host the 28th United Nations climate change meeting, Conference of the Parties (COP28). He remarked that the United Arab Emirates is committed for COP28 to create a precedent for global efforts to combat climate change.

His Majesty also asked members of the community and institutions to participate in the projects and activities of the Year of Sustainability and to collaborate on efforts that will bring the country to a more sustainable future.

The “Year of Sustainability” reaffirms the United Arab Emirates’ commitment to tackling current issues and developing sustainable behaviors at the individual and community levels. Notable examples include the “Net Zero by 2050 Strategic Initiative,” which outlines the nation’s commitment to environmental conservation, and its attempts to develop vibrant communities that are suitable for living.

The news follows the completion of Abu Dhabi Sustainability Week 2023, which was attended by various state leaders and government officials from across the globe. This further solidifies the UAE’s status as a global leader in fostering environmental awareness and confirms its commitment to addressing the accompanying difficulties.

The UAE has been a pioneer in promoting renewable energy and forming successful collaborations for the benefit of the international community for decades. The UAE-US Collaboration for Accelerating Clean Energy (PACE) is a major partnership that will catalyze US$100 billion in funding and other assistance in addition to delivering 100 gigawatts (GW) of new clean energy in the US, UAE, and developing countries by 2035.

President His Highness Sheikh Mohamed bin Zayed Al Nahyan’s declaration of 2023 as the Year of Sustainability in the UAE crowned the country’s significant efforts in sustainability and environmental preservation, marking a turning point in driving global efforts to support climate action and paving the way for COP28.

Since the founding of the Union in the 1970s, the UAE has shown a remarkable commitment to environmental protection and has exercised enormous efforts in climate action, starting with the signature of the Montreal Protocol on Substances that Deplete the Ozone Layer in 1989.

The United Arab Emirates joined the United Nations Framework Convention on Climate Change in 1995 in an attempt to fulfill what it saw as its obligation to support such an important initiative, which was supported by a worldwide consensus in the early 1990s.

Subsequently, climate-related international discussions and legal requirements have grown, resulting in the Kyoto Protocol, which obligates industrialized nations to reduce greenhouse gas emissions. In 2005, the UAE accepted the protocol-based accords.

As the first nation in the area to sign the Paris Agreement and establish a climate neutrality policy initiative, UAE Net Zero by 2050, the UAE is a leader in advancing the environmental agenda.

Additionally, the government thinks that the global energy transformation can only be completed via international cooperation. The energy industry requires cutting-edge and economically feasible technologies, confirming the necessity to invest in clean energy solutions that can be widely implemented.

Masdar is working in over 40 nations across six continents and has spent over $30 billion in worldwide initiatives.

The total output capacity of Masdar’s projects, whether operating or in development, exceeds 20 gigawatts (GW), enough to power 5.25 million households and cut carbon dioxide emissions by nearly 30 million tonnes per year, the equivalent of removing 6.5 million automobiles off the road.

Masdar is entering a new era with ambitious and audacious goals, and it is now backed by three of the major energy firms in the UAE. These include the Abu Dhabi National Oil Company (ADNOC), Mubadala, and the Abu Dhabi National Energy Company (TAQA). Masdar will be able to benefit from the knowledge of its partners and boost its position as a worldwide leader in renewable energy and green hydrogen as a result.

From 2026, the UAE will ban single-use plastic goods

As the UAE prepares to host COP28, Masdar will assist in accelerating the pace of development with its new organizational structure. In addition, it will help the nation’s goal of becoming one of the world’s foremost creators and operators of renewable energy and green hydrogen.

COP28 will be the most significant multilateral gathering held by the UAE, which will collaborate with the world community to pave the road for achieving the 1.5°C temperature reduction objective.

The UAE continues to increase its investments in the clean energy sector, both locally and globally, by increasing its collaborations with developed nations and expanding its global portfolio, in order to support affected communities by mitigating the effects of climate change, assisting nations in adapting to it, and limiting the losses and damages it causes.

What has UAE done for sustainability?

In recent years, sustainability has been a central theme in discussions about the United Arab Emirates and the country’s future. From Dubai’s announcement of multiple sustainable projects to the centrality of sustainability in the Expo 2020 preparations, the UAE is making concerted efforts towards a more sustainable future. This article examines a topical topic and a number of extremely inventive sustainable innovations in the UAE that are assisting the nation in reducing its carbon footprint and becoming a regional leader.

In terms of real estate, sustainability relates mostly to the development and maintenance stages of a project. Sustainability developments are those that “meet the requirements of the present without compromising the capacity of future generations to fulfill their own needs” or, more precisely, “economic development that does not deplete natural resources.”

The notion may be interpreted in a variety of ways, but at its heart, the guiding principle is to balance diverse, and sometimes conflicting, demands while being cognizant of the global environmental, social, and economic constraints we confront. Developing new initiatives often disregards the reality that natural resources are scarce. The primary motive of a development may be a strong desire for something that does not completely account for the broader or long-term environmental effect. The United Arab Emirates’ sustainability programs strive to solve this worldwide problem and make its cities among the most sustainable in the world.

There are several federal and municipal programs in place in the UAE that provide clear objectives for the country’s future sustainability. These UAE sustainability programs include, among others, the UAE Vision 2021, the UAE Centennial 2071, and the UAE Energy Strategy 2050, which establishes a 50% clean energy objective for the nation. These have already developed a number of sustainable development objectives in the UAE and act as a guiding concept for the majority of forthcoming initiatives.

Abu Dhabi and Dubai have two significant legislation that regulate building projects to encourage sustainability in the UAE, particularly in the real estate industry.

Dubai’s Sa’fat is the most recent effort promoting sustainable development in the UAE, mandating the use of “green” construction principles when constructing new structures. In 2011, the “Green Buildings Specifications” of the Dubai Municipality became necessary for new government buildings. Beginning in March 2014, developers were required to adhere to these requirements for any new construction. These rules are mainly concerned with ensuring that the construction and operation of buildings reduces resource consumption and promotes the well-being of its residents. The application of these criteria has necessitated sustainability concerns such as the use of solar reflecting materials and the incorporation of “green” architectural aspects, such as the incorporation of native plant species or living or “green” walls.

Masdar City, begun in 2006, is one of the most notable sustainable urban initiatives in the Middle East. Masdar Municipal, a pioneer in sustainability techniques, employs technology and solar energy to minimize energy and water use in order to conserve the environment, from large-scale parts of urban construction to day-to-day city operations. The unique, low-carbon complex contains renewable energy-powered educational and recreational, residential, retail, industrial, and commercial facilities. Utilizing high-efficiency appliances, low-flow showerheads, a water tariff, smart water meters, and reusing treated effluent for plant irrigation, water usage is regulated in residential settings. Masdar City is also home to the International Renewable Energy Agency, an intergovernmental organization that assists nations in their transition to a sustainable energy future, as well as the Masdar Institute of Science and Technology, which aims to promote sustainability in the United Arab Emirates. 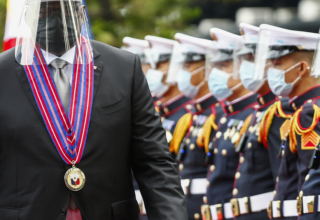