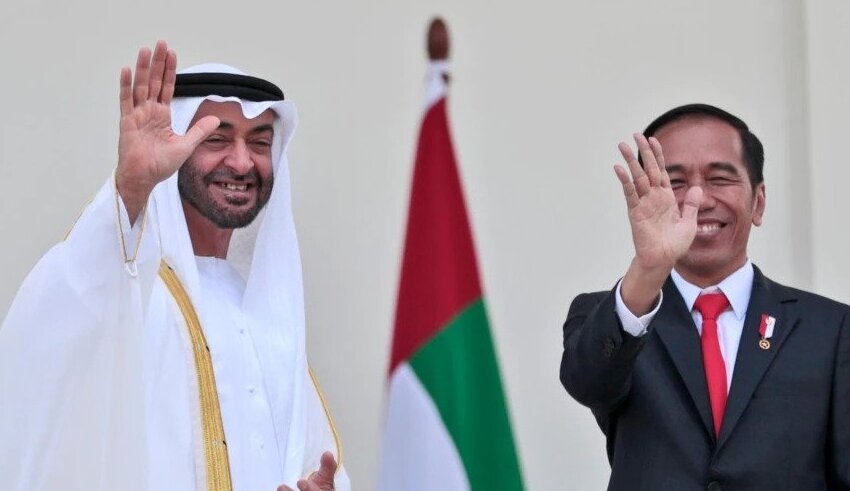 His Highness Sheikh Mohamed bin Zayed Al Nahyan, President of the State, and His Excellency Joko Widodo, President of the friendly Republic of Indonesia,, were present today at the Bali Nusa Dua Convention Center on the island of Bali to witness the announcement of a set of agreements and memorandums of understanding between the United Arab Emirates and the Republic of Indonesia.

These agreements and memorandums of understanding included many aspects of economic, environmental, and technological cooperation between the two countries.

What is the agreement about?

A grant agreement on financing a tuberculosis control program in Indonesia was also signed between the two countries, in addition to an agreement on the mutual recognition of economic accreditations. Both of these agreements were signed today. The two countries will also work together on cybersecurity.

Additionally, a memorandum of understanding was signed between Abu Dhabi National Oil Company (ADNOC) and Kilang Pertamina Internasional to cooperate on the petrochemical sector; Borouge and Chandra Asri Petrochemical inked a memorandum of understanding on the circular economy and the development of new applications; Inalum and Emirates Global Aluminium (EGA) signed on a joint development agreement; and Abu Dhabi Future Energy Company (Masdar) and Pertamin

In addition, a Memorandum of Understanding (MoU) was signed between the Indonesian Investment Authority, Masdar, and Pertamina Power Indonesia regarding renewable energy and storage; a collaboration agreement on healthcare performance analytics was signed between ASAREN Indonesia and G42 in the field of AI; and ASAREN Indonesia and G42 Healthcare signed an MoU regarding national genome initiatives.

Sheikh Mohamed also participated, along with the president of Indonesia, in the inauguration of the Sheikh Zayed Grand Mosque, which was named in honor of the founding father of the United Arab Emirates.

Indonesia, which is in charge of the G20 presidency at the moment, extended an invitation to the President of the UAE to attend the summit.

The Group of Twenty, also known as the G20, is a forum that consists of 19 countries and the European Union. Its primary objective is to discuss significant problems that are associated with the economy of the entire world. The summit will be held on the 15th and 16th of November in Bali, Indonesia, this year, and it will be presided over by the President of Indonesia.

Sheikh Mohamed also participated, along with the president of Indonesia, in the inauguration of the Sheikh Zayed Grand Mosque, which was named in honor of the founding father of the United Arab Emirates.