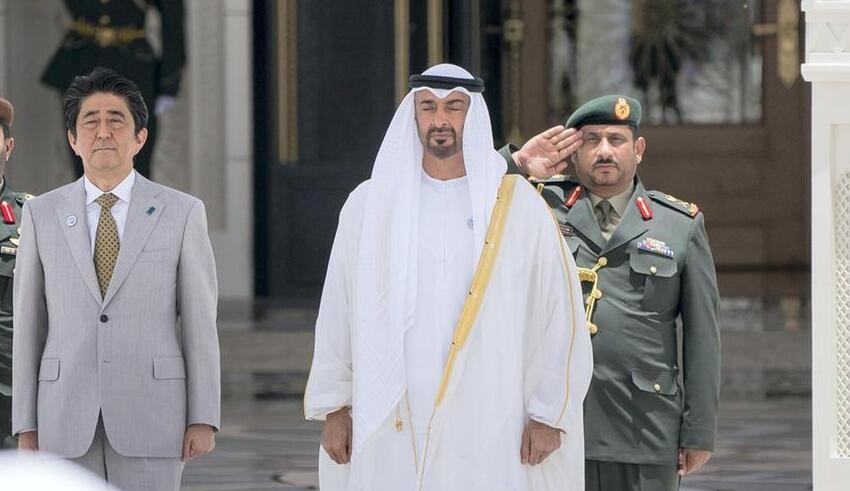 As part of their very "strategic collaboration," Mubadala and KKR will invest at least $1 billion on long-term financing for enterprises and sponsors.
(c) The Society

Mubadala Investment Company, Abu Dhabi’s sovereign wealth fund that manages more than $284 billion in assets worldwide, and private equity firm KKR have formed an alliance in which they will co-invest in performing private credit opportunities in the Asia-Pacific region to address a lack of capital and support the long-term growth plans of businesses.

As part of their “strategic relationship,” Mubadala and KKR will spend at least $1 billion in long-term financing, providing credit solutions to firms and sponsors, the two organizations announced on Monday.

Mubadala will also invest alongside KKR’s existing funds, such as the recently established $1.1 billion KKR Asia Credit Opportunities Fund, which focuses on performing, privately originated credit investments in the area.

The alliance increases Mubadala’s exposure to the rapidly expanding Asia-Pacific credit market and enables KKR to substantially expand its lending platform in the area to capitalize on its development potential.

“The region’s growth has fueled a huge need for finance solutions, since a limited supply of capital from banks and non-bank lenders makes it difficult for many businesses, sponsors, and entrepreneurs to obtain flexible financing,” the entities said.

In the context of a weakening global economy, Mubadala and KKR’s loan might assist bridge financial shortages and stimulate growth.

The global economy continues to be impacted by the conflict in Ukraine, broadening inflationary pressures, and a slowdown in China, but the Asia region remains a relative “bright spot.” According to the International Monetary Fund, which reduced its global growth forecast for 2023 this month, the Asia region is expected to expand at a rate below the average of 5.5% recorded over the previous two decades.

According to the fund, inflation in the region has gone over most central bank targets but is likely to peak in late 2022.

According to Bain & Co., despite the worldwide pandemic and supply chain disruptions, Asia-Pacific private equity investors concluded a record number of deals in 2021, with the value of agreements increasing by 50 percent to a record $296bn. The average value of transactions during the previous five years climbed by 82%.

Omar Eraiqaat, co-head of credit investments at Mubadala, said, “Expanding into the Asia-Pacific area is a key pillar of our strategy, as this market presents unique credit investment opportunities, driven by its rapid expansion and significant demand for non-bank capital.”

“We are delighted to partner with KKR… We look forward to using their extensive experience and expertise in the Asia-Pacific region.”

Since establishing diplomatic ties with Indonesia in 1976, the UAE has become much more than a mere ally.

The United Arab Emirates is the main Gulf investor in South-East Asia, accounting for 74% of all Gulf investments in the Association of South-East Asian Nations bloc between 2016 and 2021. Only between January and July of this year, overall trade between our two countries reached $2.8 billion, a nearly 30% rise over the same time in 2021.

The freshly inked Indonesia-UAE Comprehensive Economic Partnership Agreement will abolish around 94% of existing tariffs, adding to the confidence. These statistics demonstrate the tremendous expansion of business links between the two nations.

Indonesia is hoping that a comprehensive commercial accord with the UAE will open up additional markets in the Gulf area for the country’s exports, the Trade Ministry said on Tuesday, adding that officials intend to ratify the agreement by November.

Indonesia and the UAE inked the Comprehensive Economic Partnership Agreement in July, after launching negotiations in September 2021 to eliminate tariffs and increase bilateral investment. The agreement is the first between Jakarta and a Gulf state, and Abu Dhabi and a Southeast Asian nation.

According to data from the Indonesian Ministry of Trade, bilateral trade volume reached over $4 billion in 2018, a roughly 38 percent rise from 2020, when it was worth $2.9 billion.

Through the deal, he said, the country’s goods, including jewelry, agricultural products, and products from small and medium-sized businesses, will be able to access Africa, the Middle East, Central Asia, and Eastern Europe.

Hasan stated that the agreement is anticipated to increase Indonesian exports to the UAE by an average of 7.7 percent annually.

The agreement eliminates around 99 percent of existing tariffs, according to the Trade Ministry, and includes obligations to raise Indonesia’s exports of services to the UAE by 6 percent and to recognize each country’s halal certification.

The United Arab Emirates (UAE), which already possesses the world’s highest tower and has undertaken an audacious expedition to Mars, aspires to become a pioneer in the metaverse.

In a project launched at Dubai’s dazzling Museum of the Future, it was announced that the nation’s economics ministry would be establishing a presence within the immersive virtual world that is currently taking shape.

According to officials, anyone who utilize virtual reality goggles or other means to enter the ministry will discover that it is open for business with firms and even willing to make bilateral deals with foreign governments.

UAE’s Economy Minister Abdulla bin Touq Al Marri acknowledged that the metaverse is still in a “test” phase, despite its proponents’ claims that users will soon be able to play, work, and study in it.

Entrepreneurs and developers explored the promise of the metaverse, a network of digital areas designed to extend the physical universe.

Al Marri told Agence France-Presse (AFP) in an interview, “In the last couple of years, we’ve seen investments, we’ve seen companies move in, and with the changes to the [visa] regime, we see people moving in.”

In an effort to become one of the world’s top ten metaverse economies, Dubai aims to lure 1,000 blockchain and associated technology companies by relaxing visa requirements for freelancers, entrepreneurs, and creatives.

Unlike the oil-rich capital of the United Arab Emirates, Abu Dhabi, Dubai’s economy has shifted toward business, tourism, real estate, and new technologies.