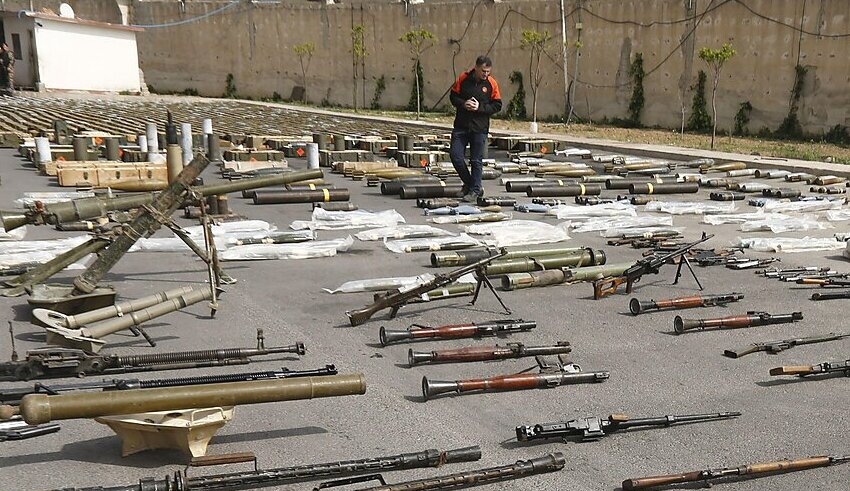 The United Arab Emirates reaffirmed its dedication to the fight against the international trade small arms and light weapon trafficking and illicit use.
(c) Cato Institute

By signing and ratifying the United Nations Convention against Non-National Organized Crime and its protocols, the United Arab Emirates has demonstrated its commitment to contributing to the fight against the international trafficking and illegal spread of small arms and light weapons. This commitment was made after the UAE affirmed its intention to do so.

This was stated in a speech that was delivered by the Director General of the Office of Weapons and Dangerous Materials of the Supreme Council for National Security, Mohamed Suhail Al Neyadi, in front of a workshop that was held in Tangiers, Morocco, yesterday on combating the illicit trafficking and proliferation of small arms and light weapons.

The workshop was organized by the League of Arab States in cooperation with the European Union and the Program of Small Arms Survey, the International Criminal Police Organ.

In his speech, he went over the UAE’s efforts to build the capabilities of law enforcement agencies and implement UN Security Council resolutions regarding the embargo on the supply of arms to any country against which a decision is issued to prevent the supply of arms, as well as preventing the diversion of weapons that reach the territory of the country to other than their final destination, as well as the commitment to branding weapons and coding them.

He stated that the UAE is “committed to branding weapons and coding them.”

This is in compliance with the international legitimacy aimed at combating the illegal trade and proliferation of small arms and light weapons and in support of everything that would achieve international peace and security.