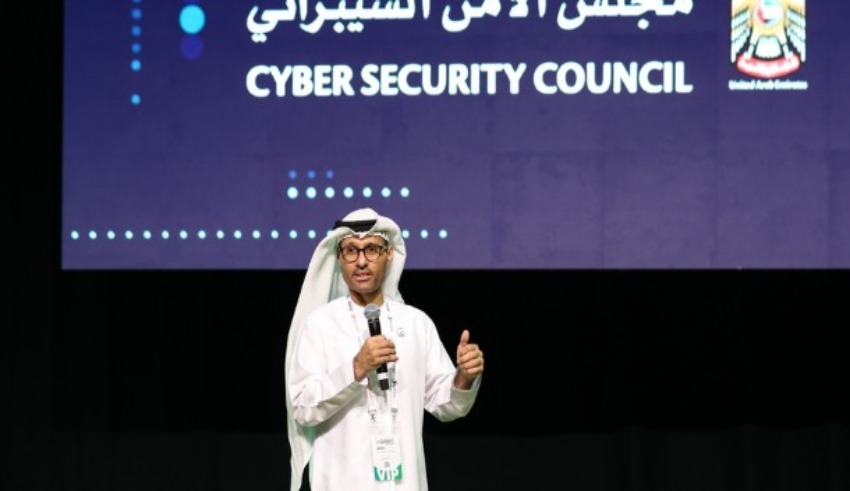 The campaign named "Cybersecurity Starts with You," highlights the importance of engaging all users in efforts to protect it from digital threats and attacks,
(c) Enterprise Channels MA

A new cybersecurity awareness campaign has been rolled out in Abu Dhabi to reduce cyber threats and risks and promote a culture of cybersecurity among government employees and residents.

On Tuesday, the Department of Government Support, which is being represented in this initiative by the Abu Dhabi Digital Authority (ADDA), made the announcement that the Cybersecurity Awareness Campaign would soon be launching in collaboration with the Cyber Security Council.

This campaign is just one of several initiatives that ADDA is working on as part of the pillars and objectives of the Abu Dhabi Government’s cybersecurity strategy. That strategy seeks to reduce cyber threats and risks, promote a culture of cybersecurity, and spread awareness as an effective means to confront challenges, in addition to strengthening Abu Dhabi’s position as a leader in the field of cybersecurity and protecting the digital infrastructure in the Emirate.

The awareness campaign was launched under the theme “Cybersecurity Starts with You,” highlighting the importance of engaging all users of cyberspace in efforts to protect it from digital threats and attacks, which are constantly increasing and becoming more prevalent over time.

The campaign, which began in September and will last for a total of three months, is centered on the message “Your Password is Your Shield,” highlighting the significance of properly securing passwords in order to protect consumers while they are online.

The UAE being a step ahead

The campaign will conclude in November with a focus on the theme “Don’t Be a Victim of Social Engineering Attacks”, where it will highlight ways to avoid social engineering attacks, which include a series of techniques that are used to trick users into taking certain steps or revealing confidential and personal information that may make them vulnerable to hackers, and thus incur losses.

Dr. Mohamed Abdel Hamid Al Askar, Director General of the Abu Dhabi Digital Authority, pointed out that the awareness campaign is an essential component of the cybersecurity strategy in Abu Dhabi, which aims to create a secure digital environment in accordance with the best global practices in this field. The campaign is intended to raise awareness about the importance of cybersecurity in Abu Dhabi.

According to Al Askar, “This campaign is very significant because it will enable us to spread the culture of cybersecurity among Abu Dhabi Government employees and the general public, and raise the level of their cyber maturity, by promoting safe and correct cybersecurity practices within and outside of the work environment.”

The Internet: Future of Professionals

“We must work to develop the sense of cyber responsibility among government employees in particular, and members of society in general,” Amna Al Blooki, Director of Cyber Security Regulation and Compliance at the Abu Dhabi Digital Authority, said. “We must work to protect the country’s resources and ensure the security of governmental and non-governmental data to ward off the risks of cyber-attacks and the reduction of losses that may be caused by hackers.”

Al Blooki pointed out that the authority has prepared toolkits containing flyers, videos, and awareness content to be shared with Abu Dhabi Government employees. In addition, emailers, wallpapers, and email signature design templates have been designed to ensure that the campaign is seen by a large number of people.

She went on to say that “We have been keen to produce awareness materials in a way that covers numerous subjects linked to cybersecurity, such as passwords, data privacy, social engineering, and more,” adding that this was done in order to cater to certain audiences. We will publish a series of cyber tips across a variety of social media platforms and radio stations, and we will also organize events and community activities to ensure that the campaign themes are communicated to the greatest number of people feasible.