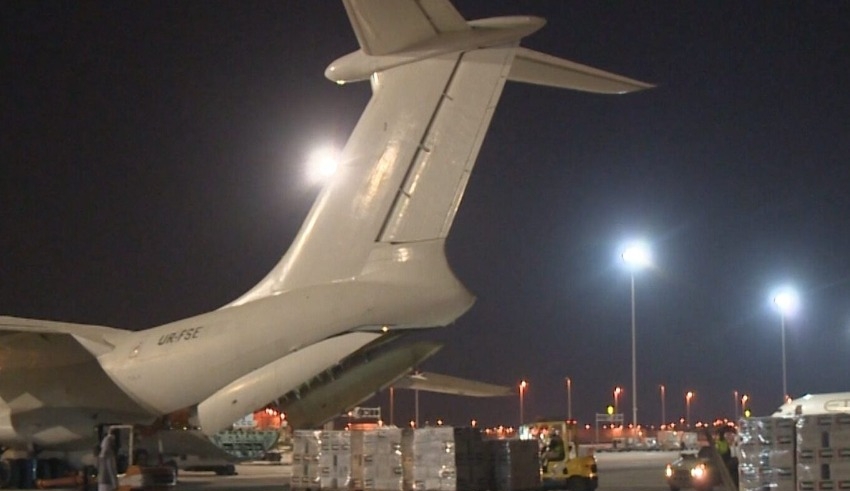 It is no secret that the UAE does not shy away from giving aid to disaster-struck nations. Just recently, the UAE dispatched food supplies to Mauritania.
(c) The National

The United Arab Emirates (UAE) dispatched a plane carrying food supplies to flooded cities and villages in the southern and eastern regions of Mauritania on Friday.

According to state news agency Wam, the supplies will satisfy the fundamental requirements of thousands of families, particularly those consisting of elderly people, women, and children.

“The provision of these supplies reflects the strong relations between the two countries and underscores the UAE’s humanitarian role in providing relief to those in need and those affected by disasters that threaten food security,” said Hamad Al Mehairi, the UAE ambassador to Mauritania.

According to him, the United Arab Emirates (UAE) sent Mauritania with three medical aid flights and 49 tons of food and medical supplies in April 2021 in order to support the country’s efforts in combatting the coronavirus pandemic.

During the month of April, the Emirates Red Crescent provided supplies for the holy month of Ramadan to thousands of individuals in the African nation. In the region of Trarza, which is located in the southwestern part of the country, the assistance was distributed among forty different settlements.

According to Dr. Haitham Mohamed Ibrahim, Sudan’s Minister of Health, the United Arab Emirates’ (UAE) significant assistance in the form of humanitarian aid highlights the deep-rooted relations that exist between the two countries.

In an interview with the Emirates News Agency (WAM), Ibrahim explained that the directives of President His Highness Sheikh Mohamed bin Zayed Al Nahyan to send urgent aid worth AED25 million highlight the keenness of the United Arab Emirates and its people to help the people of Sudan cope with their dire humanitarian conditions. Sheikh Mohamed bin Zayed Al Nahyan issued the directives.

The field teams of the Emirates Red Crescent (ERC) are functioning in impacted areas with remarkable efficiency, in keeping with the highest international standards in providing humanitarian help. In addition, he noted that they are building tents in places that have been hit by floods.

Ibrahim said that the health condition in the impacted areas is becoming better, and that there have been no breakouts of epidemics. He also mentioned that all relevant authorities are cooperating with the UAE field team.

After that, he extended his gratitude to the UAE’s leadership, government, and people for their assistance to Sudan throughout the crisis. He also mentioned that the UAE was one of the first countries to respond, and he confirmed that the ERC’s teams had determined the requirements of those who were impacted by the crisis and provided assistance in accordance with those requirements.