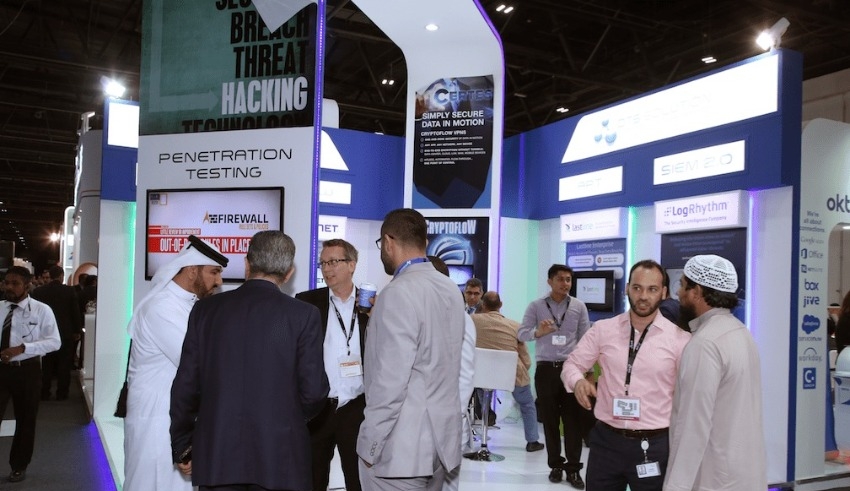 The Head of Cyber Security for the UAE Government was presented with the "Government Professionalism Award" by the ISC2, given also to Europe and Africa.
(c) DTS Solution

Dr. Mohammed Hamad Al Kuwaiti, who serves as the Head of Cyber Security for the UAE Government, was presented with the Global Achievement Award 2022 in the “Government Professionalism Award” category by the International Information System Security Certification Consortium, also known as (ISC2). This award is given to recipients in Europe, the Middle East, and Africa.

He was presented with the award in acknowledgement of the significant contributions he has made and the role he has played in elevating the United Arab Emirates’ position as a world leader in the field of cybersecurity and enhancing the country’s overall capabilities in this area.

The award, which is the most prestigious award in the field of cybersecurity, recognizes the United Arab Emirates’ (UAE) efforts and its leading global position in cybersecurity. It also recognizes the UAE’s success in building capabilities and encouraging international cooperation in improving national cyber defense and response mechanisms. This success was achieved through the launch of the “National Cyber Capabilities Building” initiative, which aims to realize the potential of the UAE, as well as the National Security Council’s work on cyber resilience.

Dr. Al Kuwaiti stated that this international accomplishment was the result of the directions and vision of the leadership of the UAE, in addition to the cooperation of all national teams, which increased the country’s standing in the field of cybersecurity.

What the UAE had accomplished

In recognition of His Excellency Dr. Mohammed Hamad Al Kuwaiti’s contribution and role in strengthening the UAE’s position as a leading country in the field of cybersecurity globally and improving its national cybersecurity capabilities, the International Organization for Cyber Security bestowed upon him the Global Achievement Award in the “Government Professionalism Category” for the year 2022 for Europe, the Middle East, and Africa.

It is a culmination of the United Arab Emirates’ efforts and its leading global position in the field of cybersecurity, as well as its success in building capabilities and enhancing international cooperation to improve national cyber defense and response mechanisms. In addition, the United Arab Emirates launched the “National Cyber Capabilities Building” initiative, which is a multi-faceted program that improves the UAE’s national capabilities. The award, which is considered to be the highest in the field of cybersecurity, is a culmination of these efforts and positions the United Arab Emirates Regarding cyber-resilience, dealing with potential security breaches and attacks, and acting in accordance with the most recent worldwide standards observed in this area.

The goal of the National Cybersecurity plan of the UAE is to build a secure and robust cyber infrastructure in the UAE. This will allow residents to realize their dreams and give businesses the ability to grow. The Telecommunications and Digital Government Regulatory Authority (TDRA), the organization that is in charge of the nation’s information and communications technology (ICT) sector as well as its digital transformation, released the most recent edition of the strategy in the year 2019. The cybersecurity ecosystem in the UAE will be mobilized with the help of this strategy, which is built on five pillars and sixty separate activities.