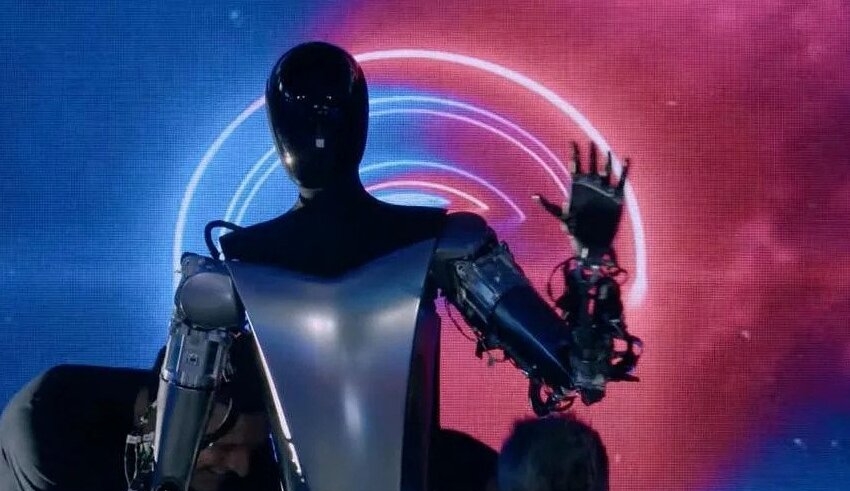 Tesla is the only company actively pursuing the market opportunity for a mass-market robot that is also capable of being utilized in factory operations.
(c) The Straits Times

On Friday, September 30, Tesla CEO Elon Musk displayed a prototype of the company’s humanoid robot named Optimus. Musk said that the electric car manufacturer would be able to construct millions of them and sell them for less than $20,000, which is less than a third of the price of a Model Y.

Musk stated that he anticipated Tesla would be ready to take orders for the robot in three to five years, and described an effort to develop the product over the course of a decade or more. This is the most detailed vision that Musk has provided to date on a business that he has stated could be bigger than Tesla’s EV revenue.

Tesla distinguishes itself from other manufacturers that have dabbled in humanoid robot research by actively pursuing the design and construction of mass-market robots that would also be put through their paces by performing duties in the company’s factories.

The much anticipated unveiling of prototype robots at Tesla’s office in Palo Alto, California, was also a part of what Elon Musk has described as an endeavor to have Tesla viewed as a leader in sectors such as artificial intelligence, as opposed to just being seen as a company that manufactures “nice cars.”

On Friday, an experimental test robot that Tesla stated was developed in February walked out to wave at the crowd. Tesla also showed a video of the robot performing simple tasks at a production station at the company’s California plant, such as watering plants, carrying boxes, and lifting metal bars.

But a more streamlined current one, which Musk said was closer to what he planned to put into production, had to be rolled out on a platform and did a slow wave to the crowd before it was revealed to the public. Musk gave it the name Optimus and said that it would be able to walk within the next few weeks.

Musk has stated that “there is still a lot of work to be done to develop Optimus and prove it,” and he has also stated that “I think Optimus is going to be great in five or 10 years, like mind blowing.”

He stated that currently available humanoid robots are “lacking a brain,” which prevents them from being able to independently solve problems. Optimus, on the other hand, would be a “very capable robot,” according to what he claimed, and Tesla would work toward producing millions of them.

Other manufacturers of automobiles, such as Toyota Motor and Honda Motor, have created humanoid robot prototypes that are capable of performing complex tasks, such as making a basket with a basketball, and production robots made by ABB and other companies are an integral part of the automobile manufacturing industry.

However, Tesla is the only company actively pursuing the market opportunity for a mass-market robot that is also capable of being utilized in factory operations.

The next-generation Tesla bot will make use of components built by Tesla, such as a chip system, actuators to operate its limbs, and a battery pack with a capacity of 2.3 kWh that is carried in the bot’s torso. The weight of the robot is intended to be 73 kilograms.

Tesla engineers, who along with Musk were all wearing black T-shirts with an image of metallic robotic hands making a heart shape, described how they developed the features of the robot, including in areas such as how the fingers move, with a focus on making the cost of production lower. Musk and the Tesla engineers were all wearing black T-shirts with the same image.

Musk has stated that the company is working toward the objective of achieving “the fastest path to an usable robot that can be built at volume.”