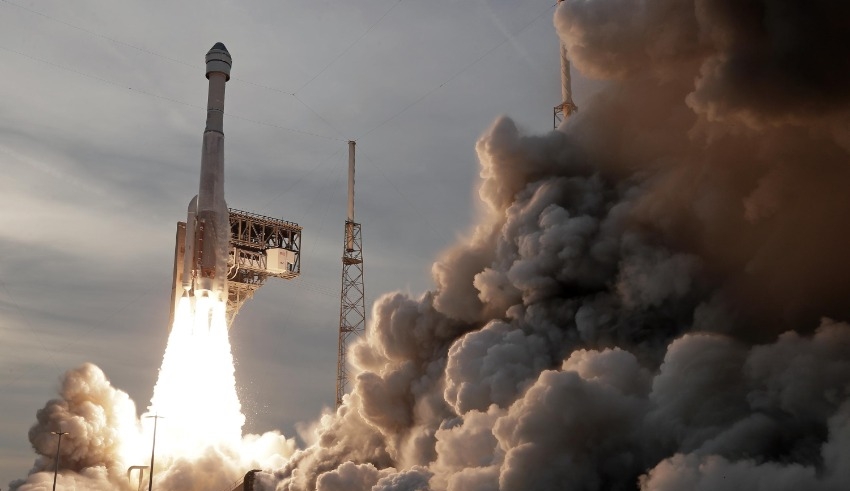 The corporation Boeing and NASA revealed on Thursday (August 25) that the first crewed flight of Boeing's space capsule Starliner is set for February 2023.
(c) AP News

As the United States looks to secure a second means for its astronauts to visit the International Space Station, the corporation Boeing and NASA revealed on Thursday (August 25) that the first crewed flight of Boeing’s space capsule Starliner is set for February 2023.

Although the United States Space Agency (NASA) has been sending people to the International Space Station (ISS) aboard SpaceX’s vehicles since 2020, the agency is looking to expand its range of transportation alternatives.

After a number of setbacks in its space program that caused significant delays, including a flight in 2019 that did not get it to the ISS, Boeing was ultimately successful in delivering the gumdrop-shaped capsule to the station in May, although it did so without any astronauts inside.

This time, the aerospace giant will send the Starliner into space with humans on board, in the hopes of receiving the go-ahead from NASA to begin regular flights, with the average number being one per year.

According to Steve Stich, the manager of NASA’s Commercial Crew Program, who spoke with reporters, “at the moment, we’re targeting a launch date as early as February of 2023.”

Mark Nappi, the manager of the Starliner program at Boeing, stated that the company is in an excellent position to implement these plans in order to be ready for that voyage in February.

US astronauts Barry Wilmore and Sunita Williams will be on board for the test mission, which has been suitably titled CFT, which stands for Crew flight test.

According to Joel Montalbano, the programme manager for the International Space Station (ISS), they are scheduled to remain docked at the station for a period of eight days, during which time they will carry out a number of experiments.

“As soon as we can, our agency’s primary objective is to have two commercial providers operating in the United States.”

It was Boeing’s aim to carry out this test flight before the end of the year; however, a few technical difficulties encountered during the uncrewed flight in May led to some necessary alterations being made to the aircraft.

A flaw was found in the propulsion system. Two of the thrusters that were responsible for placing Starliner in a stable orbit failed, despite the fact that officials maintained there was sufficient redundancy built into the system to handle the problem.

After further investigation, the teams working for Boeing found that “debris-related conditions” were to blame for the incident, according to Nappi, who added that the source of the debris remained a mystery.

In order to resolve a pressure issue, certain filters were removed, and the flight software was upgraded in order to prevent an overload of data.

In 2014, not long after the conclusion of the space shuttle program and during a period in which the United States was forced to rely on Russian Soyuz rockets to transport its astronauts to the International Space Station (ISS), contracts were given to Boeing and SpaceX.
First to fill the hole was Elon Musk’s SpaceX, which has been operating a space “taxi” service ever since it completed a successful test voyage for its Dragon capsule in 2020.