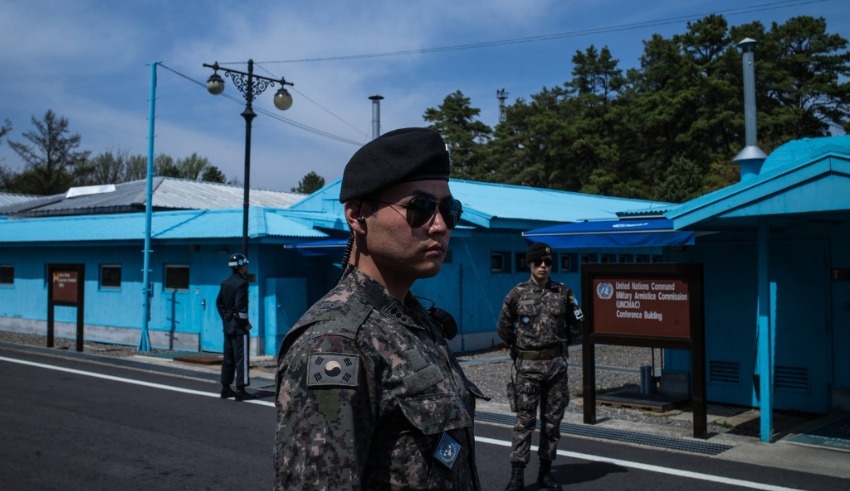 A dispute between China and South Korea over a US missile defense shield, threatening to derail efforts by the government in Seoul to overcome security divides.
(c) The New York Times

A dispute between China and South Korea over a US missile defense shield occurred on Thursday (August 11), threatening to derail efforts by the new government in Seoul to overcome longstanding security divides.

After what seemed to be a successful first visit to China by South Korea’s foreign minister last week, a disagreement on the Terminal High Altitude Area Defense (THAAD) system installed in South Korea surfaced.

After South Korea revealed that it will be deploying the THAAD in 2016, China responded by restricting economic and cultural imports, claiming that the THAAD’s powerful radar could potentially peer into its airspace. This was a huge blow to ties between the two countries.

Because President Yoon Suk-yeol views the system as essential to thwarting North Korean missiles, he has vowed to break the promises made by the previous government not to increase the number of THAAD deployments, not to participate in a global missile shield led by the United States, and not to form a trilateral military alliance involving Japan. He has made this promise because he believes the system is essential to thwarting North Korean missiles.

When Yoon was running for office, the conservative candidate made a promise to purchase an additional THAAD battery. However, since he took office in May, his government has been concentrating on “normalizing” the operation of the currently deployed system, which is owned and operated by the United States.

During their meeting on Tuesday, South Korean Foreign Minister Park Jin and his Chinese counterpart, Wang Yi, discussed potential avenues for resuming denuclearization talks with North Korea and resuming the export of South Korean cultural goods to China, such as K-pop music and movies.

The two parties “agreed to take each other’s legitimate concerns seriously and continue to prudently handle and properly manage this issue to ensure that it does not become a stumbling block to the sound and steady growth of bilateral relations,” according to a statement released by a spokesman for Wang on Wednesday.

The THAAD deployment in South Korea, according to a spokesman for the Chinese government who spoke at a conference, “undermines China’s strategic security interest.”

According to a statement released by South Korea’s Ministry of Foreign Affairs, Park conveyed to Wang that Seoul will not adhere to the agreement reached in 2017 and referred to as the “Three Nos” because it is not a formal pledge or agreement.

THAAD is “a reasonable and restricted self-defence capacity” for South Korea, as well as a “purely defensive measure” against the missile danger posed by the North, according to statements made by the United States government on Thursday.

During a briefing call with the media, a deputy spokeswoman for the State Department named Vedant Patel stated that it is improper to criticize or put pressure on the Republic of Korea (South Korea) to give up its right to self-defense.

In addition, China demands that South Korea abide by “one restriction,” which is the limitation of the employment of THAAD batteries that are already in place. South Korea has never admitted the existence of this factor; but, on Wednesday, a representative for Wang made it clear that China places a high priority on the position of “three no’s and one restriction.”

The South Korean Minister of Defense, Lee Jong-sup, stated that despite China’s resistance to the THAAD, the policy regarding the system would not change, and the radar component of the system could not be utilized against China.

The Chinese Communist Party-owned Global Times praised Yoon for showing “independent diplomacy and rationality toward China” during Park’s visit to the eastern port city of Qingdao. This was in reference to Yoon’s decision not to meet face to face with Nancy Pelosi, the Speaker of the United States House of Representatives, during her visit to China the previous week.
The THAAD problem, however, was described as “a big concealed hazard that cannot be ignored in China-South Korea relations” by the newspaper.