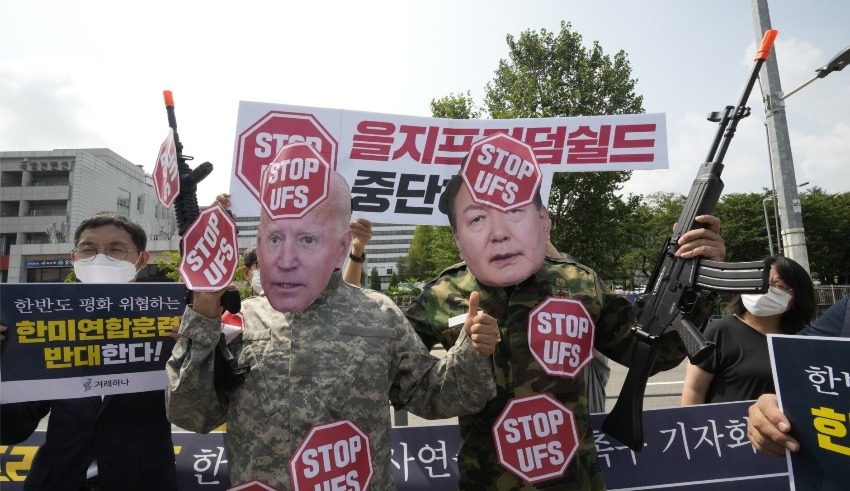 North Korea condemned Nancy Pelosi, the Speaker of the House of Representatives in the United States, for her stance in favor of a deterrent against the country.
(c) WTOP

On Saturday (August 6), North Korea condemned Nancy Pelosi, the Speaker of the House of Representatives in the United States, for her stance in favor of a deterrent against North Korea during her visit to South Korea this week.

During Pelosi’s stay in South Korea after her visit to Taiwan, she and her counterpart in the South Korean National Assembly, Speaker Kim Jin-pyo, made a joint commitment on Thursday to accomplish denuclearization of the North Korean government.

COVID vaccine polyclinics, by appointment, due to rise in ARI cases

KCNA, the state news agency of North Korea, claimed that Pelosi’s statements were part of a plot by the United States to heighten tensions on the Korean peninsula. In addition, KCNA said that Pelosi was attempting to legitimize hostile American policy against North Korea and encourage the development of US military forces.

According to a statement released by the Korean Central News Agency (KCNA), which quoted Jo Yong Sam, director general of the Department of Press and Information at the North Korean Ministry of Foreign Affairs, “Pelosi, the worst destroyer of international peace and stability, had… incurred the wrath of the Chinese people for her recent junket to Taiwan,” the statement said.

“The United States will be forced to make a hefty payment for all of the sources of problems that she created wherever she went.”

According to a snippet of a confidential United Nations study that was viewed by Reuters on Thursday, North Korea began preparations for a nuclear test during the first six months of this year.