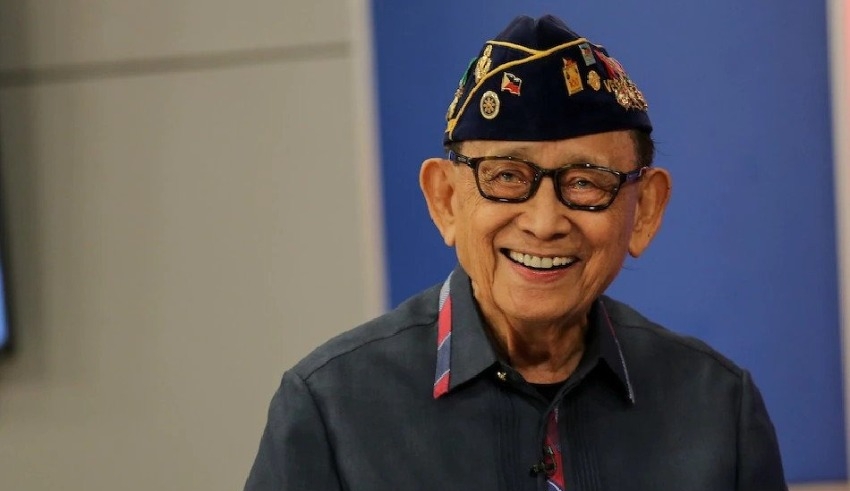 Fidel Ramos is remembered as one of the most successful leaders in the history because he presided over a period of sustained economic expansion and peace,
(c) ABS CBN

Fidel Ramos, the former president of the Philippines, passed away on Sunday at the age of 94, according to his family. Ramos is remembered as one of the most successful leaders in the history of the country because he presided over a period of sustained economic expansion and relative peace in the Philippines (Jul 31).

His professorial demeanor was in stark contrast to the bombastic image that is commonly associated with many Filipino politicians. He had spent his whole career in the military and had never been elected to public life.

In addition to this, he was the first Protestant to achieve the highest office in the predominately Catholic nation, and he did it over resistance from some members of the Church. After that, he made a concerted effort to promote family planning as a means of slowing the rate of population growth.

Ramos, however, along with other high-ranking officials of his generation, had a part in the dictatorship of Ferdinand Marcos, which resulted in the deaths of thousands of people and the arbitrary imprisonment of thousands more.

The Ramos family released a brief statement in which they expressed how “profoundly grieved” they were to announce the loss of the dad. The reason for this was not disclosed.

On social media, members of Congress, diplomats, former politicians, and members of the current administration have paid respect to Ramos.

The delegation of the European Union in the Philippines issued a statement of sympathy, referring to Ramos as a “committed statesman” and a “pillar of democracy.”

After graduating from the esteemed military academy in the United States known as West Point, Ramos served for a significant amount of time in the Philippine armed forces. During this time, he engaged in battle against communist guerrillas and participated in the Korean War as a member of the Philippine contingent.

After that, he was promoted to the position of commander of the paramilitary Philippine Constabulary, which was the primary entity responsible for the ruthless repression of dissent following the declaration of martial law by Marcos in 1972.

The hour of truth for Ramos arrived in February 1986, when public indignation was at its height as a result of the assassination of opposition leader Benigno Aquino and major cheating by the authorities in a quick election. Ramos was forced to resign.

Young military personnel, led by Defense Secretary Juan Ponce Enrile, who were aware of Marcos’s vulnerabilities, hatched a scheme to overthrow the dictator but were ultimately foiled in their endeavor.

In order to avoid being arrested, Enrile and his associates took refuge in the military headquarters in Manila and issued a plea to the general people for assistance in warding off an impending assault by the government.

After joining their uprising, Ramos withdrew his support for Marcos and served as a catalyst for the uprising of a great number of other people.

Soon after, millions of people began gathering in the streets to participate in the nonviolent “People Power” rebellion, which resulted in the dictator being forced into exile and led to Corazon Aquino being elected president.

In recognition of Ramos’s assistance, Aquino swiftly promoted him to the position of military chief and later defense secretary.

When it came time for elections in 1992, Aquino gave Ramos her support, which proved to be a significant factor in his eventual victory for the presidency despite the opposition of powerful leaders within the Catholic Church.

As president, Ramos brought an end to a devastating power crisis that had been caused by years of underinvestment in energy. He also dismantled cartels in the telecommunications, aviation, and shipping industries, which helped a stagnant economy experience a period of renewed growth.

In addition to this, he extended overtures of peace to communist guerrillas, Muslim separatists, and military plotters of a military coup.

At the end of the day, the communists were the only ones who refused to sign deals with his government.

In addition, Ramos was an important and early backer of Rodrigo Duterte when the latter entered national politics in 2016 to run for the presidency of the Philippines. After he was elected, Ramos took on the role of special envoy to Beijing with the mission of defusing tensions over the contested South China Sea.

But things turned sour between them very quickly because Obama has been very public in his criticism of Duterte’s profanity-laced speeches, his movement away from the US alliance, and his anti-drug campaign that has resulted in the deaths of thousands of people.

Even more shocking to Ramos was Duterte’s decision to let Marcos be interred in the national Heroes’ Cemetery, despite the fact that Marcos’s tyranny had wreaked havoc on the Philippine economy and social order.

Ramos responded by saying that he had already apologized and made atonement for his involvement when a Marcos daughter attempted to link him to the abuses that occurred under her father’s administration.