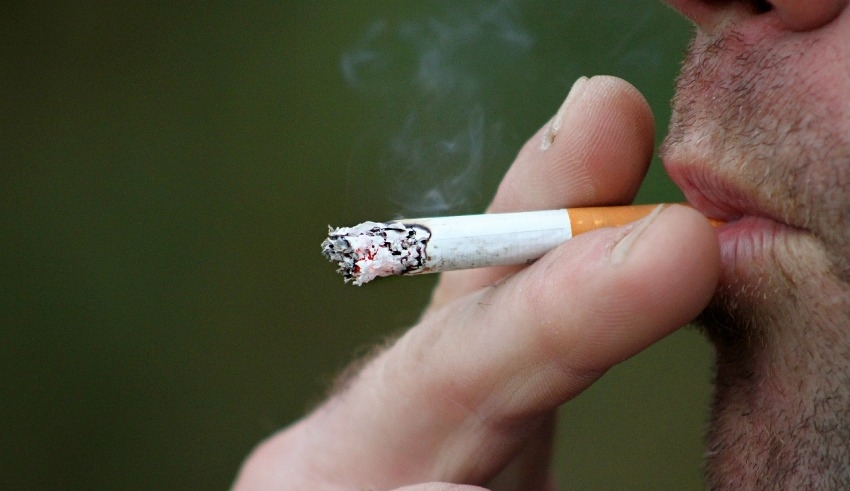 If the bill is passed by the government, Malaysia will become only the second nation in the world, after New Zealand, to put an end to tobacco use and abuse.
malaysian smoking prohibition bill tries to lower cancer risk but it divides opinion

In place of Shamsul Rizal Ramli’s voice box—the organ that is essential to the production of sound as well as to swallowing and breathing—a voice prosthesis has been implanted in his throat.

In October 2014, he was forced to have a total laryngectomy as a result of being diagnosed with stage three laryngeal cancer. This type of cancer is linked to smoking, therefore he contracted it as a result of his habit.

Mr. Shamsul was unable to communicate while he was recovering after surgery to correct a problem with his prosthesis. His prosthesis needs to be replaced between once every year and twice every year to reduce the danger of infection.

At the age of 15, Mr. Shamsul had his first taste of tobacco, but he didn’t take the habit seriously until he started working. When he was younger, he would smoke the equivalent of three packs of cigarettes every single day.

He was able to abstain from smoking for almost an entire year in 2009, but in the end, he was unable to resist the temptation of lighting up again until he was diagnosed with cancer.

He explained, “I did not cease because of my own free decision; rather, I stopped because of the disease.”

As a person who has overcome cancer, he is completely behind the effort being made by the Ministry of Health to reduce smoking through the Tobacco and Smoking Control Bill 2022. This bill aims to make it illegal to sell tobacco and products related to tobacco to people who were born in 2007 or later.

The bill, which has been given the acronym GEG (for Generational Endgame), was introduced into the Lower House on July 27 for its first reading by the Minister of Health, Khairy Jamaluddin.

On Monday, it is anticipated that both the second and third readings of the Bill will take place (Aug 1).

If the bill is passed by the government, Malaysia will become only the second nation in the world, after New Zealand, to establish laws to put an end to tobacco use over several generations.

The tobacco industry is making an effort to fight back against the bill, despite the fact that health experts and organisations are in favor of it.

Tobacco use and the use of other products containing tobacco have been related to the development of a number of chronic diseases that are not contagious. These diseases include cancer, heart disease, and chronic lung disease.

It is estimated that over 20,000 people die each year in Malaysia owing to the effects of smoking, with many more being affected by the complications of disease.

According to prior statements made by the country’s Ministry of Health, tobacco use is responsible for 22% of all fatalities in the country that are caused by cancer.

It should come as no surprise that the Bill received overwhelming support from health advocacy groups. Forty-three associations, led by the National Cancer Society of Malaysia (NCSM), stated that the law is a breath of fresh air to solve the social, health, and economic problems that are caused by smoking.

In an interview with CNA, the president of NCSM, Saunthari Somasundaram, stated that smoking is associated with at least 15 distinct forms of cancer.

It has been found that a specific percentage of cancer is linked to any and all tracts that come into direct touch with cigarette smoke. You are referring to cancers of the mouth and tongue, as well as cancer of the oropharynx and the voice box. “It travels all the way down to your abdomen and into your intestines,” she explained.

According to Dr. Saunthari, nicotine, which is highly addictive, possesses its very own distinct qualities that are hazardous to one’s health.

“Once you become dependent on a substance, quitting is no longer a matter of personal preference. Our bodies have a requirement for the chemical. The chemical, and not you as a human, will be the one who decides what to do,” she explained.

In a video posted to Twitter, Mr. Khairy stated that the country will need to spend RM6.2 billion (about $1.4 billion) in 2020 to treat lung cancer, heart disease, and chronic obstructive pulmonary disease (COPD), which are all ailments that are caused by smoking (COPD).

It was anticipated that by the year 2030, these costs would rise to RM8.8 billion.

“The treatment will cost RM6 billion, while the tax will bring in RM3 billion. Do the calculations. There has been a significant loss to the country,” he stated.

According to Mr. Khairy, people who have lung problems as a result of using electronic cigarettes or vaping can spend up to RM150,000 for 12 days of therapy in a hospital.

Mr. Shamsul, a former smoker who experienced the loss of his voice box, has stated that he does not want anyone else to go through the anguish that he did.

“That was a lesson I had to learn the hard way. The cancer had grown to a large size and was very close to covering my respiratory tract,” he claimed. “I came very close to passing away.”

“I’m going to need some assistance talking today. My life was a lot simpler in the past, but now everything is much more difficult. Because of this, I don’t want anyone else to go through the anguish that I did as a result of smoking,” he explained.

According to the National Health and Morbidity Survey, which has been conducted by the Institute for Public Health of the Ministry of Health over the years, the prevalence of smokers among Malaysia’s population has decreased marginally from 23.1 percent in 2011 to 22.8 percent in 2015 and to 21.3 percent in 2019. This is because fewer people are choosing to smoke.

Tobacco products may not be purchased legally by anyone less than 18 years old in the United States at this time.

Burhanuddin Disa, who is the secretary-general of the Drug Prevention Association of Malaysia (Pemadam), stated that the majority of persons who started abusing drugs in the country did so by smoking cigarettes first.

Mr. Burhanuddin was a former employee of the Ministry of Education, where his responsibilities included working with kids who abused drugs.

There are provisions in the bill that make it illegal to sell tobacco, cigarette, and electronic cigarette goods to anyone who was born in or after the year 2007.

For a first offense, whomever is found guilty of this can face a maximum fine of RM20,000, a maximum jail sentence of one year, or both depending on the severity of the crime.

Individuals found guilty of repeat offenses of the same nature may be subject to a maximum fine of RM30,000, a maximum jail sentence of two years, or both of these penalties.

Mr. Khairy indicated that this will be adjusted to 2007 after hearing views during stakeholder engagements. The ministry had originally planned to ban the sale of tobacco and related products for individuals born after 2005; however, Mr. Khairy announced that this would be delayed until 2007.

According to him, this would make more time available for the education of the community, the development of a comprehensive implementation strategy, and the intensification of enforcement efforts.

The new rule would make it illegal for anybody born after 2007 to purchase, acquire, or use tobacco and other goods that are associated with it. Violators would be subject to a punishment of up to RM5,000 if they were caught engaging in these activities.

It is also against the law for store owners and other businesses to put tobacco products, smoking devices, and any alternatives to these items on display.

In addition, the proposed legislation would make it illegal to advertise tobacco products or substances.

Other aspects of the law deal with topics including the registration, import, production, distribution, packaging, and labeling of tobacco and goods that are similar to it.

Mr. Khairy stated in his video that the e-cigarette or vape industry can be regulated with the help of the new law, an idea that was welcomed by industry players.

“We can make sure that the vape liquids being sold are managed properly and lab-tested so that you don’t get sick,” he added, adding that the government anticipates collecting somewhere in the neighborhood of RM500 million in taxes from vape.

According to Dr. Helmy Haja Mydin, who serves as the technical advisor for the project being led by the ministry, the purpose of the Bill is to bring the percentage of people who smoke down to less than 5 percent by the year 2040.

This is defined in the responsibility that Malaysia has to the articles that make up the World Health Organization (WHO) Framework on Tobacco Control (WHO FCTC), which the country accepted in 2005.