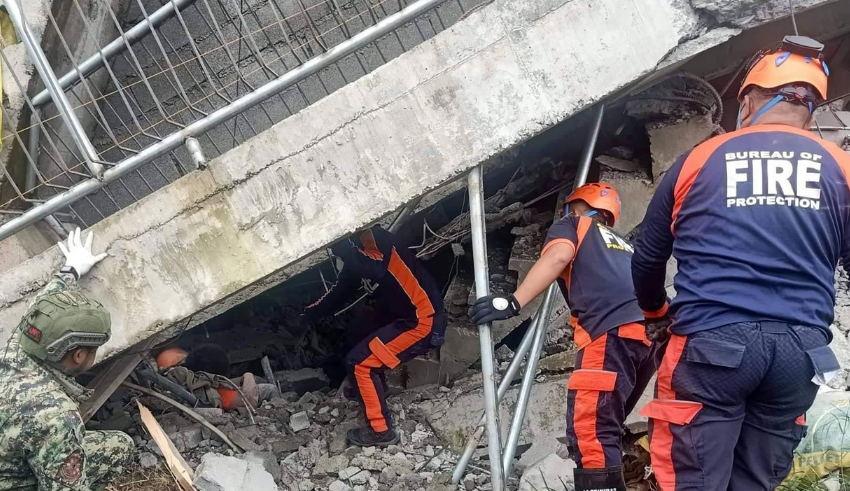 Earthquake of a magnitude of 7.0 occurred in the Philippines happened in Northern Luzon, most populous island in the country, the earthquake was felt in Manila
(c) NBC News

According to the United States Geological Survey, an earthquake of a magnitude of 7.0 occurred in the Philippines on Wednesday (USGS).

According to the USGS, the earthquake occurred at 8:43 a.m. local time, which is equivalent to 8:43 p.m. Eastern Time, on northern Luzon, which is the most populous island in the country. The magnitude of the earthquake was initially recorded by the agency as 7.1, but it was later revised to 7.0.

According to the USGS, the earthquake had a depth of 10 kilometers (6.2 miles), and its epicenter was located approximately 13 kilometers (8.1 miles) southeast of the small town of Dolores in the province of Abra.

The effects of the earthquake were felt in the nation’s capital, Manila, which is located more than 400 kilometers (approximately 250 miles) away. In response, citizens and workers in the city fled their buildings and gathered outside in the street.

The Philippine Institute of Volcanology and Seismology (Phivolcs) advised the populace to brace themselves for any possible aftershocks, although the organization stressed that it had not issued any tsunami warnings because the earthquake was observed on land. Abra is a mountainous and valley-filled landmass that is completely surrounded by land on all sides.

Rep. Ching Bernos, the congresswoman representing the province of Abra in the Philippines, claimed in a statement that the earthquake “caused damages to many households and establishments” and “was also felt in various parts of Luzon and activated preemptive measures in many places.”

Photos taken in Abra show damaged structures and scattered debris on the ground as a result of the earthquake. Cracks can be seen running down the walls of one building, while another building can be seen leaning to one side.

Bernos stated that her office is monitoring the situation and assessing the severity of the damage. She asked locals to remain vigilant “in light of the possibilities of aftershocks,” which she claimed her agency is monitoring.

A press secretary for Philippine President Ferdinand “Bongbong” Marcos Jr. said during a news conference that the President has ordered the immediate dispatch of rescue and relief teams to the province of Abra and that he plans to visit the affected areas as soon as he is “given the all-clear.”