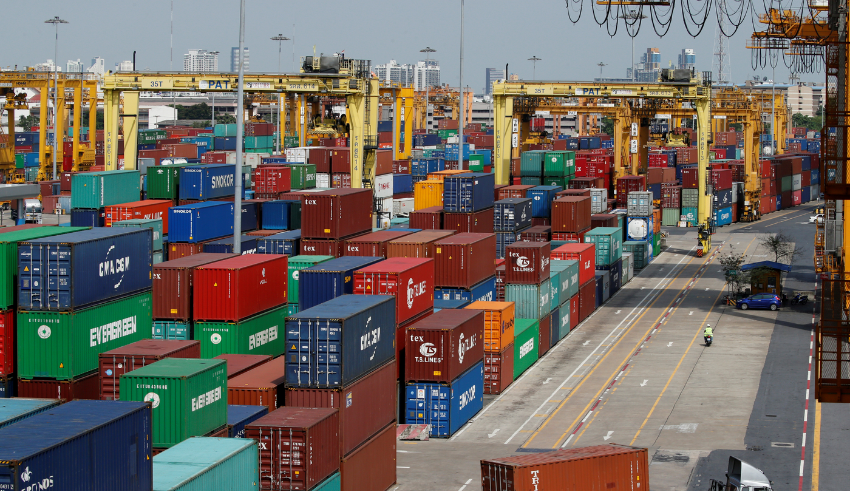 Minister of Commerce of Thailand said customs-based exports increased by a big percentage than the projected 11.9% in June compared to the same month last year
(c) Reuters

On Wednesday, the Minister of Commerce of Thailand made the announcement that Thailand’s customs-based exports increased by a greater percentage than the projected 11.9 percent in June compared to the same month in the previous year. This gain was helped along by an increase in demand all across the world as well as a weaker baht on July 27.

Exports, a primary contributor to the expansion of the Thai economy, increased by more than the 8.5% that was anticipated in a poll conducted by Reuters in June, following an increase of 10.5% the previous month.

According to the Minister of Commerce, Jurin Laksanawisit, exports increased by 12.7 percent year-on-year in the first six months of 2022, which is already over the ministry’s aim of a 4 percent increase in export growth for the year.

“Global food demand continues to rise and production is increasing. A weak baht is a further boost to exports,” he stated in front of a press conference.

Exports climbed in June due to a year-over-year increase of 6.7 percent in shipments of industrial goods and a year-over-year growth of 24.5 percent in exports of agricultural and agro-industrial products, according to a statement that was provided by the Ministry of Commerce and Industry.

The month of June had an increase of 24.5 percent in the value of imports when compared to the same month the previous year. This resulted in a trade imbalance for the month of US$1.53 billion.