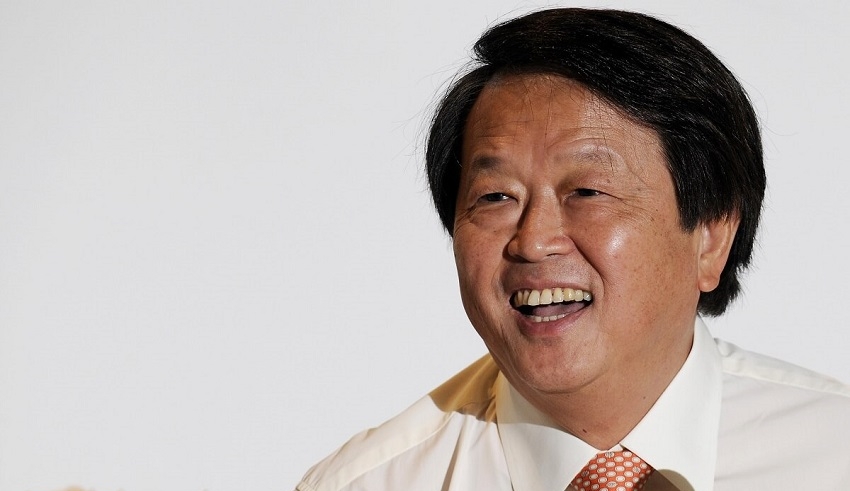 While the number of Singaporean billionaires rose sharply last year at the height of the pandemic, many of these individuals now have less wealth than they had a year ago, suggesting that the ascent of the richest in Singapore has leveled down.

Forbes’ annual billionaire list features both familiar faces and fresh faces this year. There might just be a new crowd in the country which means there’s a looming question of whether the richest man in Singapore is still the same or is there a new richest person in Singapore?

Look no further because we’ve listed below Singapore’s richest:

Li Xiting, the company’s founder and chairman of Shenzhen Mindray Bio-Medical Electronic, continues to hold the number one position. Li was born in China but later became a citizen of Singapore through naturalization. He is also Singapore’s richest man as of today.

During the epidemic, there was an increase in demand for medical gear such as ventilators, and he, the richest man in Singapore, ran a business in Shenzhen that supplied medical equipment. This need helped push him to prosperity. During the COVID-19 pandemic, Mindray gave away medical equipment worth $4.6 million to hospitals all across the world, including those in the hardest-hit areas of Wuhan and northern Italy

Far East Organization is the most significant private landlord and property developer in Singapore. It is controlled by the Ng brothers, Robert and Philip. Their grandfather, Ng Teng Fong, who emigrated from China to Singapore in 1934 and became known as “The King of Orchard Road,” is credited with establishing the family business.

Their Hong Kong operations, which include Yeo Hiap Seng, are managed by their older brother Robert and his son Daryl, while their younger brother Philip is in charge of the Singaporean holdings, which also include Sino Group.

The FIABCI Prix d’Excellence Award is widely regarded as the industry’s most prestigious accolade, and Far East Organization is the only real estate company in the world to have ever been awarded ten of these prestigious awards.

In addition to being involved in the hospitality and real estate industries, the family has contributed significantly to the development of the public hospital in Jurong. Following his passing, the tycoon’s name was given to the hospital, which is now known as Ng Teng Fong General Hospital.

The founder of Wuthelam, Goh Cheng Liang, began producing paints in a small factory in Singapore. In 1962, he formed a partnership with Nippon Paint of Japan and became the company’s main distributor in Singapore. This partnership is still active to this day. Wuthelam is now a subsidiary of Wuthelam. In 2018, his son, Goh Hup Jin, was given the position of chairman of Nippon Paint, and he also manages their privately held joint venture, Nipsea.

Wee Cho Yaw, who is currently 91 years old, is a venerable name on Singapore’s list of billionaires. After serving as a director of United Overseas Bank for sixty years, he stepped down from that role and is now the Chairman Emeritus of the bank. Wee Ee Chong, his eldest son, currently serves as the CEO of UOB, and Wee Ee Lim, his younger son, serves on the board of directors.

The family business has grown over the years, and while they have remained faithful to its roots in banking, they have also ventured into real estate. Through his family’s real estate arm, Kheng Leong, Wee was able to purchase 45 unsold apartments in a luxury condo complex known as the Nassim in 2017. The purchase price was $411.6 million. The family holds the majority of shares in UOL, which is a reputable real estate developer and is the proprietor of the Pan Pacific hospitality brand.

Pontiac Land was initially established by their Indonesian father, but currently it is managed by the four Kwee siblings jointly. They have created premium residential structures in addition to owning luxury hotels in Singapore, Sydney, and the Maldives. Additionally, they have premier business buildings located all around Singapore.

The brothers have a controlling share in the opulent 53W53 building in New York City. This structure was designed by Jean Nouvel and is located next to the Museum of Modern Art. They completed the acquisition of the Cappella Hotel group in 2017. In addition, Pontiac Land opened a five-star resort in the Maldives known as Fari Islands in the year 2020. The resort is managed by three different hotel companies: Patina Hotels & Resorts, Capella Hotels & Resorts, and The Ritz-Carlton Hotel Company.

Forrest Li, the founder of Sea, is still included on the list of the richest people in Singapore, despite the fact that his position on the list has decreased in tandem with the fall in Sea’s stock price. Sea is the company behind Garena, an online games developer and publisher, as well as Shopee, an e-commerce platform. Both of these businesses operate under Sea’s name.

Sea has recently been confronted with a number of challenges, including the shutting down of their Shopee India location. In spite of this, Sea’s expansion continues as the company seeks to broaden its offerings by entering the e-payments and financial services markets using the Digital Banking License recently obtained from the Monetary Authority of Singapore.

Zhang Yong, a citizen of Singapore since he attained Singaporean citizenship, is the proprietor of the renowned HaiDiLao Hotpot.

The HaiDiLao Hotpot brand was established in China, and it has since expanded to over 935 locations across the globe, including those in Singapore, Malaysia, Vietnam, Indonesia, the United States, South Korea, Japan, Canada, the United Kingdom, and Australia. Along with their well-known tomato broth, their one-of-a-kind philosophy of offering high-quality customer service—which includes perks like free manicures and snacks—has enabled the company to keep a dedicated and enthusiastic following among their clientele. The company has also been successful in expanding into shelf products, which has allowed its tomato broth to find its way into many people’s homes.

However, as a result of the pandemic’s effect on the restaurant industry, Zhang Yong’s net worth has dramatically decreased when compared to the previous year. Zhang Yong stepped aside from his role as CEO of HaiDiLao in March 2022, while he continues to serve in the roles of chairman and executive director.

They also have ownership over the Taiwan-listed real estate developer Sino Horizon Holdings, which is owned jointly with Richard Chang, his brother.

In recent years, Kuok Khoon Hong, the co-founder of Wilmar, has made his way onto the list of the top 10 wealthiest people in the world. Wilmar is a Singaporean food processing and investment holding company that has more than 300 subsidiary firms. It is also one of the major producers of palm oil in the world. Wilmar is headquartered in Singapore.

The initial public offering (IPO) for Wilmar’s Chinese subsidiary, Yihai Kerry Arawana, was for $2.1 billion and took place on the Shenzhen stock exchange in the year 2020. Other noteworthy investments made by Kuok include shares in billionaire Zhong Sheng Jian’s Yanlord Land and Perennial Real Estate Holdings.

Additionally, he is a co-owner of the Aviva Tower in London along with Martua Sitorus, an Indonesian billionaire who was also a co-founder of Wilmar.

Gang Ye, who helped build the online gaming and e-commerce behemoth known as Sea, serves as the Chief Operating Officer for the company at the present time. Both Shopee and Garena, an online gaming platform that distributes popular games like League of Legends throughout Southeast Asia, are run by the same group. Shopee is the most popular e-commerce app in Southeast Asia, while Garena is run by the same group.

Challenges have been presented to the group as a result of recent headwinds to the operations of the Sea, notably the withdrawal of Shopee from France and India. Despite this, both Forrest Li, who was the company’s founder, and Gang Ye, who was also a founder of the company, are still ranked among Singapore’s top 10 billionaires.