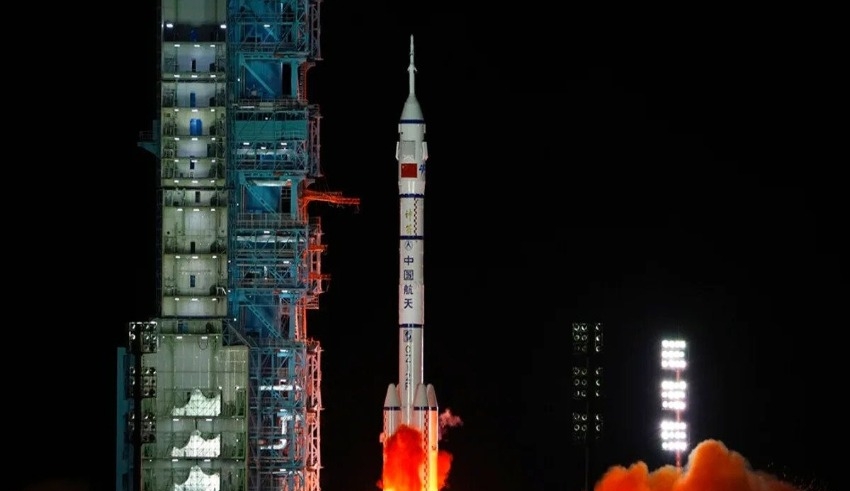 A reusable test spacecraft was also launched by China in September of 2020, under the same shroud of secrecy as the previous launch for this recent one.
(c) India Today

In July, China successfully launched a spacecraft that returned to Earth on the same day after traveling beyond the edge of the atmosphere. The country claimed this marked a significant step forward in its efforts to create reusable space transportation technology.

During the time that the test spacecraft is in orbit before returning to the scheduled landing site in China, reusable and in-orbit service technology verification will be carried out as planned to provide technical support for the peaceful use of space, according to a report that was published by Xinhua (opens in a new tab) (in Chinese; translation by Google).

A reusable test spacecraft was also launched by China in September of 2020, under the same shroud of secrecy as the previous launch. According to SpaceNews, the vehicle in question, which may or may not be the same one that launched on Thursday, remained airborne for a period of two days, during which time it discharged a small payload into orbit, before descending to make a touchdown in China.

As a point of reference, the X-37B space plane has been in orbit around the Earth for more than 800 days as part of its most recent mystery mission, which is the sixth for the X-37B program. It is said that the Space Force’s fleet includes two of the space planes that were produced by Boeing and measure 29 feet (8.8 meters) in length.

The launch of the Jiuquan satellite was one of many space-related activities that took place on a very active day. Six rockets were launched on Thursday, beginning with Rocket Lab’s liftoff of a surveillance satellite for the United States National Reconnaissance Office at one in the morning Eastern Daylight Time (EDT) (0500 GMT).