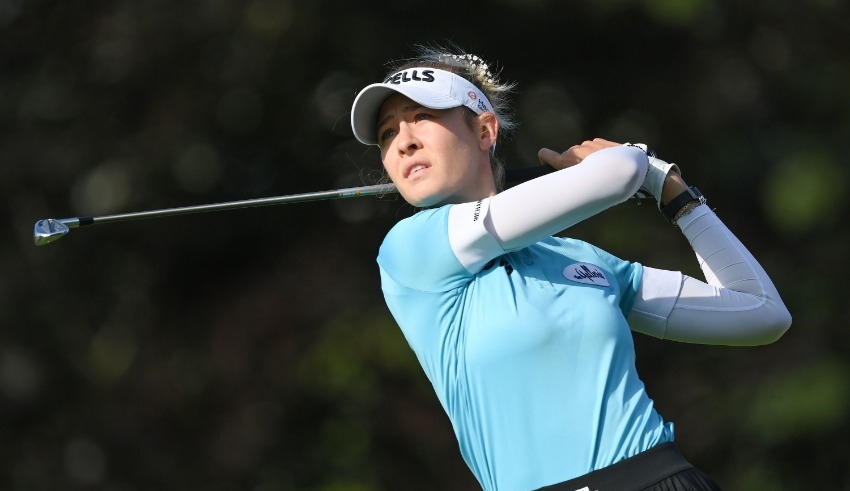 Since Jessica Korda is a professional golfer, she is accustomed to living out of a suitcase. However, at the Women’s British Open in Scotland this week, the American has been forced to borrow clothes from her competitors because her luggage did not reach Zurich on time.

Korda, who is now in second position at Muirfield after shooting an opening round score of 66 (five under par), stated that her suitcase, which contains clothes, caps, and hand warmers, is stuck at the Zurich airport.

The 29-year-old golfer is one shot behind the defending winner, Hinako Shibuno.

Korda, who has six victories on the LPGA Tour, borrowed outfits from other players during the practice days, including her sister Nelly Korda, who is ranked third in the world. However, she was relieved to receive a new set of clothes from her sponsor Footjoy before the first round of the tournament.

“By Wednesday, I had completely given up on it. If it does come here, that’s fantastic, but if not, it will be what it will be.”