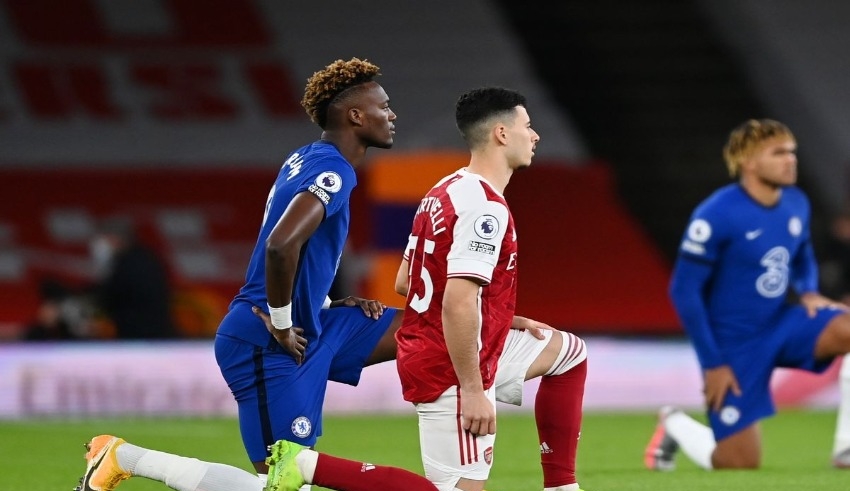 The Premier League said that clubs will only be allowed to perform the anti-racism gesture known as "taking the knee" prior to certain major games starting now.
(c) Prod Football London

The Premier League said on Tuesday that clubs will only be allowed to perform the anti-racism gesture known as “taking the knee” prior to certain major games beginning with the new season.

In the wake of the murder of George Floyd, a Black man who passed away while in the custody of the police in Minneapolis in May of that year, clubs in the Premier League rallied around the Black Lives Matter movement in the year 2020.

Prior to its replacement with “No Room for Racism,” the Black Lives Matter logo was featured on the shirts of clubs competing in the Premier League.

However, opinions on whether or not players should continue to take a knee before games have been split across the sporting world. Some sports commentators have argued that the gesture, which was made famous by NFL star Colin Kaepernick in 2016, is in jeopardy of becoming watered down.

Premier League club captains reaffirmed their commitment to eradicating racism and all forms of prejudice but said players had decided to pick certain occasions throughout the upcoming campaign, which begins on Friday, to take the knee. The new season kicks off on Friday.

“We are unwaveringly committed to eliminating all forms of racial prejudice and creating a society that welcomes all people, treats them with respect, and provides equal opportunity for all.”

The Premier League has stated that it agrees with the decision and that it would take advantage of opportunities like these to promote anti-racist messaging.

“On behalf of the captains, a total of 238,000 pounds ($289,836) will be donated to designated youth clubs,” the statement continued, “after 119,000 pounds was earned from the royalties of the ‘No Room For Racism’ sleeve badges worn on club shirts during the previous season.”

As part of the commitment it made to those teams, the Premier League matched the amount of money that was raised through the badges.