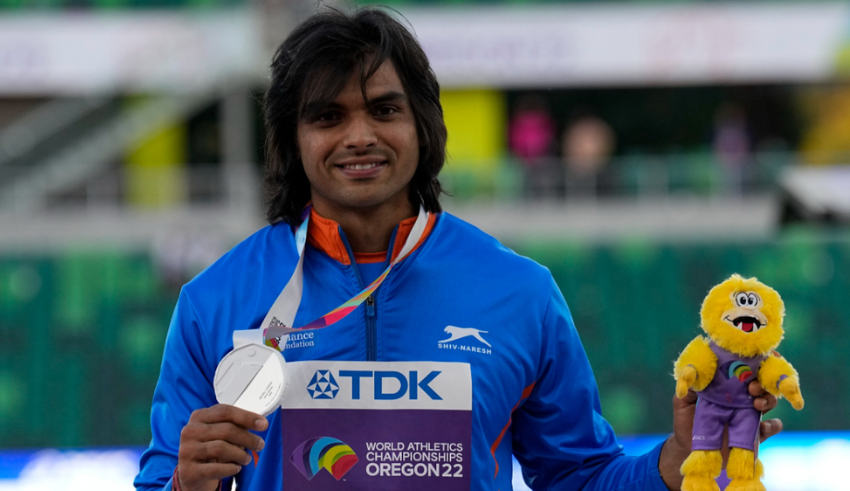 Chopra’s effort of 88.13 meters was not enough to defeat Anderson Peters of Grenada’s attempt of 90.54 meters, but it was enough to end India’s 19-year wait for another medal at the World Championships. Peters’ effort came in the javelin throw.

The first ever medal won by India was earned by Anju Bobby George in the women’s long jump competition held in Paris in the year 2003.

“I feel very good after winning a silver for India” In a video that was distributed by the Sports Authority of India, Chopra said, adding, “Next year we have another World Championships, and I’ll try to do better there.”

George told Reuters that Chopra’s victory, in which she made history by becoming the first Indian athlete to win an individual gold medal in athletics at the Olympic Games held in Tokyo the previous year, was a “historic moment.”

“I’m really happy and excited that after a long wait of 19 years, we have won our second World Championships medal,” according to their statement.

“This is continuing on from Neeraj’s performance at the Olympics, where he was able to produce his best on a stage like this. It was a tough competition, a tough field, and he was able to manage the pressure and take the medal. He’s very young, and he’s in his rhythm, and he can achieve something at the next World Championships in Budapest as well.”

In addition, George, who is currently the senior vice president of the Athletics Federation of India (AFI), stated that Chopra’s achievement was an indication of India’s greater development in athletics and that this growth was a direct result of Chopra’s accomplishments.

“This year, there were seven finalists from India, which was historic in itself, and we won one medal,” George said, adding, “We’re improving a lot. Our athletes are getting support, and the results are now showing up.”

The shooter Abhinav Bindra, who brought home India’s first individual Olympic gold medal in Beijing in 2008, was similarly effusive in his praise for the javelin thrower, which is only 24 years old.

“Many congratulations for your silver at the worlds! You make us proud,” On Twitter, Bindra posted.

PT Usha, who competed in the women’s 400-meter hurdles event at the 1984 Summer Olympics in Los Angeles and finished in fourth place, tweeted the following: “Your best efforts have made our country proud in the world.”