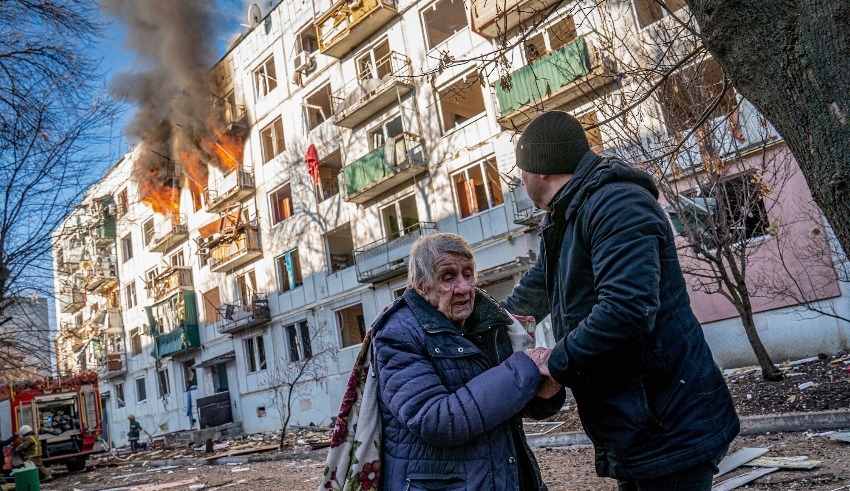 Agreements were signed by the United States and more than 40 other countries, following what Kiev claimed was a Russian missile strike that killed civilians.
(c) Politico

UKRAINE: Agreements were signed on Thursday (Jul 14) by the United States and more than 40 other countries, following what Kiev claimed was a Russian missile strike that killed civilians well from the front line.

Since Russia invaded Ukraine in February, Moscow has consistently denied any involvement in war crimes or purposeful targeting of people. For the protection of Russian speakers and the eradication of dangerous nationalists, it claims to have started a “special military operation.” Ukraine claims that Russia is pursuing a war of conquest without any justification.

“Russian missiles struck our peaceful city of Vinnytsia early this morning. Two community facilities were targeted by cruise missiles, resulting in the destruction of homes, a medical center, and a number of vehicles and trams being set on fire “By video link, Zelenskiy made his comments. A Russian terror attack, that’s what it is.”

According to reports from Vinnytsia, the Russian defense ministry did not immediately respond to them.

At a summit in The Hague, Netherlands, on Thursday, 45 countries adopted a political declaration to work together on investigations into war crimes in Ukraine.

European Union members, as well as the United States, Canada, Mexico and Australia were included in the list of countries involved.

Officials said evidence must be trustworthy and well-organized in light of the fact that more than 23,000 war crimes investigations are currently active, with investigators from several countries leading the probes.

According to Wopke Hoekstra, the Dutch Foreign Minister, a unique international Ukraine war crimes tribunal might be formed up because neither Ukraine nor Russia are members of the International Criminal Court.

“As a result of the lack of jurisdictions of the ICC here, I would expect us to look at the possibility of creating a tribunal of our own. We’ll have a look at this, of course “he stated.

Since the Russian invasion of Ukraine in February, Russian forces have blasted Ukrainian cities to ashes and left behind victims in the streets of towns and villages they conquered. According to Ukraine, at least 100,000 civilians have been killed. Russian officials deny any involvement.

Though the vast majority of complaints documented by agencies like the UN are of alleged atrocities done by Russian invaders and their proxies, there have been rare claims of Ukrainians mistreating Russian detainees.

According to Uzra Zeya, who was present at the conference, “Russian soldiers continue to commit atrocities in Ukraine with horrific intensity” as the discussion was taking place.

Extrajudicial killings and rape, as well as assaults on schools and hospitals as well as play areas and apartment buildings and grain silos are just a few of the war crimes that are being committed on a daily basis.

War criminals and genocide suspects are still at large after decades of warfare in locations like Rwanda, Darfur, Syria, Congo, and the Balkans. This is according to EU justice commissioner Didier Reynders.

During a press conference, Hoekstra said, “Impunity is a major problem,” referring to war crimes committed in Ukraine and elsewhere.

There are reasons for hope, according to ICC head prosecutor Karim Khan, because the court is now being used by more than 40 countries to take action against Ukraine. The ICC is investigating Ukraine with the largest field team it has ever sent in its 20-year history.

“Because of this, law enforcement cannot simply stand by and watch. The Hague is not a place where the law may relax in peace,” he stated.

In 2016, after the ICC referred to Moscow’s 2014 takeover and annexation of Ukraine’s Crimean peninsula as an armed war, Russia withdrew its support from the ICC.

On Feb. 24, Ukrainian authorities arrested two Russian soldiers and charged them with crimes against humanity.

Western governments have labeled Russia’s proxies’ own courts as farce, including the death penalty for two British fighters and one Moroccan.