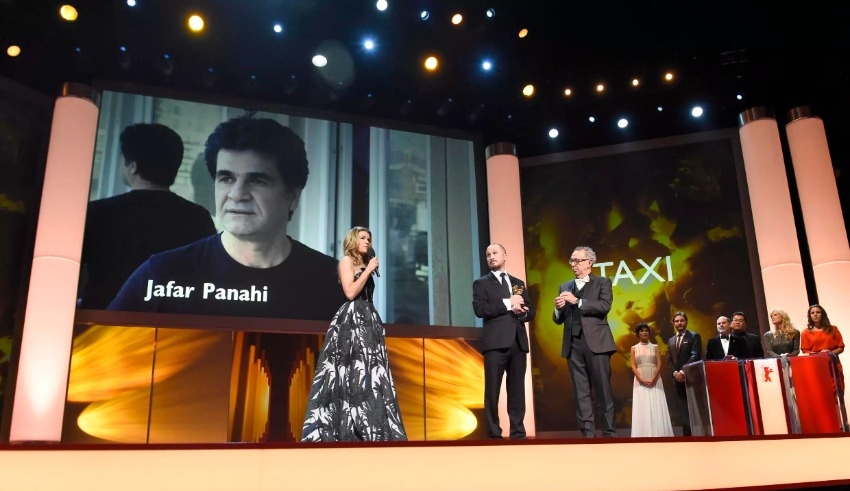 A group of Iranian filmmakers signed a statement asking for the security to lay down their weapons amid protests following the collapse of a 10-story building.
(c) Caspian News

Filmmaker Mohammad Rasoulof, who won a Golden Bear at the 2015 Berlin International Film Festival for his film “Taxi,” was arrested in Tehran on Monday when Panahi went to the prosecutor’s office to check on him.

According to the semi-official Fars News Agency, Rasoulof and his collaborator Mostafa Aleahmad, both of whom are up for the 2020 Golden Bear award for “There Is No Evil,” were arrested last Friday on charges of seeking to “inflame and disrupt the psychological safety of the population.

A group of Iranian filmmakers signed a statement asking for the security forces to lay down their weapons amid protests following the deadly collapse of a 10-story building in the city of Abadan on May 23, according to Reuters, which cited the IRNA state news agency.

In a statement, Human Rights Watch called the arrests a “crackdown… on peaceful protest” as the country’s economy deteriorated and the international community’s nuclear deal with Iran appeared to be deadlocked.

“One year in prison and a two-year ban on making films on the allegation of ‘propaganda against the regime’ for the content of his works,” HRW labeled Rasoulof as an outspoken critic in Iran.

The detention of the filmmakers has sparked outrage across the globe.

With regards to Panahi and Rasoulof and Aleahmad, the Cannes Film Festival demanded on Monday their “immediate release,” claiming that they were “protesting against violence against Iranian people.”

“These arrests and the wave of repression against Iranian artists are strongly condemned by the Festival de Cannes,” it said.

Rasoulof and Panahi have both received many accolades at the Cannes Film Festival since 2011 for their work.

On the other hand, according to Iran’s semi-official Fars News Agency, the country’s former deputy interior minister, Mostafa Tajzadeh, was arrested last Friday on charges of collusion against national security and “posting lies to upset public opinion.”

In a recent tweet to his 350,000 followers, Tajzadeh claimed that “according to the latest Stasis study, 57 percent of Iranians” support the Iranian nuclear deal, while “17 percent are against it.” Tajzadeh worked as an adviser to President Mohammad Khatami in 1998.

Sedition charges against Tajzadeh were brought against him in 2009 after a disputed presidential election provoked enormous demonstrations. That year, he was sentenced to prison, and was released the following year.

Under Trump’s presidency, the United States withdrew from the Iran nuclear agreement in 2018. Since then, Iran has taken several attempts to circumvent the restrictions placed on its nuclear program as part of the accord.

State Department spokesperson Ned Price said in mid-June that “it’s an open issue if we can get there” after the US and European officials cautioned that the time for returning to the Joint Comprehensive Plan of Action — as the accord is known — was closing.

The growing food prices in Iran, compounded by Western sanctions, the Covid-19 outbreak, and the Ukraine crisis, have enraged the Iranian populace recently.

Demonstrators in at least 40 Iranian cities and towns chanted anti-government chants and called for the regime’s downfall in social media recordings shared by activists.

“The government has resorted to its authoritarian reflex of arresting popular critics,” said Tara Sepehri Far, senior Iran researcher at Human Rights Watch, “unable or unwilling to face the many critical difficulties facing Iran.” No evidence exists to suggest these new arrests are anything more than an attempt to quell public indignation over the government’s widespread failure.