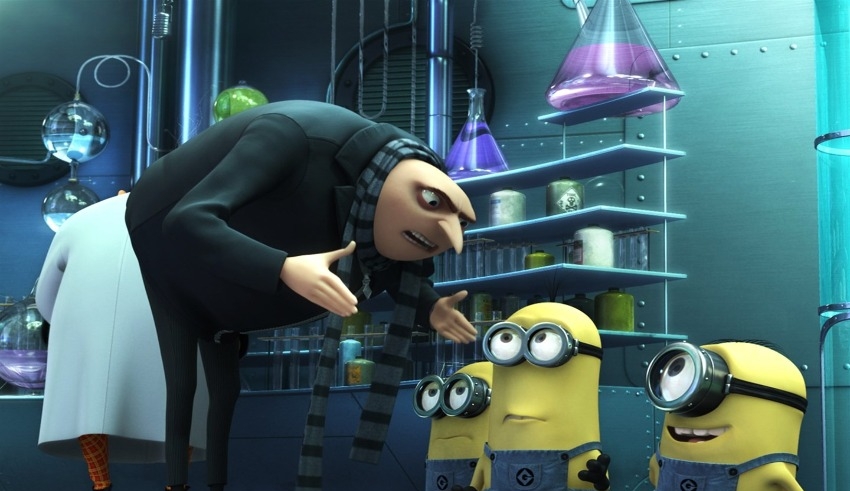 In the latest "Minions" movie, young teens dressed in formal attire video themselves making their way into theaters and seeing the movie in such fashion.
(c) Microsoft

US: Over the weekend, “Minions: The Rise of Gru” was a huge hit. “Despicable Me 3,” starring a would-be villain and his wacky, yellow minions, had the largest July 4th weekend debut ever.

At least in part, Universal Pictures can thank the “Gentleminions” for bringing viewers back to the movies.

In the latest “Minions” movie, young individuals dressed in formal attire video themselves shoving their way into theaters and yelling at the screen like they’re at Wrestlemania.

Even while TikTok teens may not be Illumination’s target demographic for their latest slapstick-heavy children’s animated picture, the hashtag #Gentleminions has over 22 million views and counting on the platform, and they’ve shown up in droves.

Their appearance in theaters across the world, from Australia to the United States, is causing such havoc that some venues have barred them from purchasing “Minions” tickets if they show up in a suit.

The Gentleminion is harmless, if annoyingly preoccupied with the small yellow menaces, so don’t freak out if you see one. Here’s a look at how the strange TikTok movement came to be, and how the Minions became the favorite animated characters among teenage lads.

It is necessary to first understand the Minions in order to fully appreciate the Gentleminions’ worldview.

A decade earlier, in 2010, “Despicable Me” became the first film to feature the Minions. The oblong creatures in overalls that served the villain-turned-softie Gru immediately drew attention from the audience.

It’s no surprise that the Minions have become a hit with audiences across decades, even those in their 30s and 40s, who started spreading memes depicting the tiredness of parenthood in the form of memes depicting Minions.

It’s also worth noting that there are a number of “ironic” Minion memes, which are enjoyed by both young and old. It’s the Minions, these users believe, that make the memes so unfunny that the memes themselves have become amusing once again. The Minions have achieved what they’ve always aspired to: comedy legends, thanks to their unique blend of sincerity and sarcasm.

Those children who grew up with Minions are now young adults who are conversant in the language of the Internet. The Gentleminions, of course.

While many teenagers enjoy going to the movies, the Gentleminions have pushed several theaters to their breaking point. The Guardian reports that certain theaters in the United Kingdom have restricted the purchase of tickets for the film by certain young people because of the unrest in Guernsey and other locations.

No “unaccompanied children wearing suits” were allowed to see the Minions cause mayhem, according to one theater.

Whether or not American movie theaters will follow suit remains to be seen. CNN has contacted AMC, Regal, and Cinemark for comment on their response to the Gentleminions trend and is waiting for a response.

Universal Pictures, on the other hand, has embraced the Gentleminions wholeheartedly: “To everyone walking up to @Minions in suits: we see you and we love you,” the firm declared in a tweet last week.

Using TikTok, the Minion army even made a video salute to the Gentleminions, bidding them “Bobspeed.” It’s possible that some of the film’s new “fans” will only watch for cheap chuckles, but the Minions aren’t going to let that get them down.