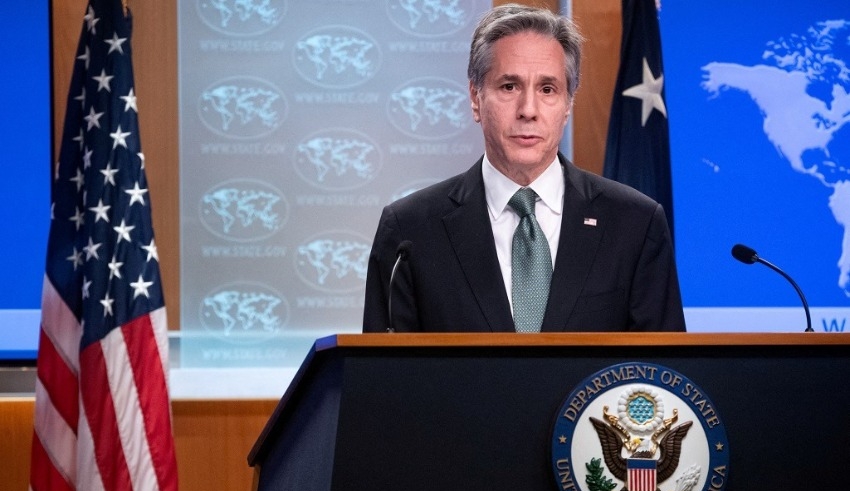 During a visit to Thailand on Sunday, Secretary of State Antony Blinken vowed to keep up the pressure on Myanmar's regime, and said China should do the same.
(c) Dhaka Tribune

THAILAND: During a visit to Thailand on Sunday, Secretary of State Antony Blinken vowed to keep up the pressure on Myanmar’s regime, and said China should do the same.

On the other hand, Blinken met with the Thai government and praised it for its support of the reinvigorated American effort in Southeast Asia, a vital region of competition with China.

US diplomats met with youthful democracy campaigners from Myanmar, whose military ousted the civilian government in February 2021, slamming the door on a decade-long democratic transition encouraged by Washington in a meeting held off-camera.

The US tactic of sanctions against the junta has failed, but Blinken maintained that Washington will remain focused on combating Russia’s invasion of Ukraine even while doing so as a priority.

According to Blinken, who used the former name Burma for Myanmar, “it’s safe to conclude that we’ve seen no positive movement and on the contrary, we continue to see the repression of the Burmese people.”

If they don’t return to the democratic road, “we will continue to explore methods in which we and other countries can effectively put pressure on them.”

To this end, he urged the ASEAN, which in April 2021 formed an “agreement” with the junta that included discussion with the opposition, to “hold the dictatorship responsible” for its commitments.

Foreign Minister Wang Yi visited Myanmar recently and met with US Secretary of State John Kerry on Saturday in Bali; Blinken declined to criticize Wang’s visit but urged Beijing to back international aspirations for democracy.

As far as I can tell, Blinken believes that China has an obligation and an interest in seeing Burma return to the road it had been on prior to the coup.

Since the military ousted and jailed civilian leader Aung San Suu Kyi, tens of thousands of people have fled Myanmar, humanitarian conditions have deteriorated, and ethnic tensions have intensified.

Thailand has been a longtime ally of the United States in Asia, having memorably provided Abraham Lincoln with elephants during the American Civil War. However, Thailand is increasingly working with China.

On the heels of Wang’s Southeast Asia tour, Blinken arrived in the region, where he emphasized Beijing’s extravagant infrastructure expenditures.

Blinken cited Thailand’s support for a new U.S.-led economic plan for Asia and its efforts to combat climate change in signing a deal vowing to enhance ties.

We have a “partner in the Indo-Pacific of such importance to us,” Blinken added, “in a region that is setting the trajectory of the 21st century, and it is doing that every day.”

Wang and Blinken’s unusually extended five-hour discussion on Saturday was a sign that the two countries are trying to cool their rhetoric, despite China’s autocratic regime and increasing technology and military resources.

Prime Minister Prayut Chan-o-cha welcomed Blinken to Thailand and termed the visit a “happy occasion,” praising the “close and friendly connections” between the US and Thailand.

Under Prayut, who led a 2014 military coup that toppled the government and prompted US sanctions, US-Thai relations have been gradually normalizing under Blinken’s leadership.

In the 2019 elections, Prayut was elected prime minister, and this has led to a gradual restoration to open political speech.

A joint statement issued by U.S. Secretary of State John Kerry and Thailand’s Foreign Minister Don Pramudwinai emphasized the importance of democracy in the United States and Thailand’s vision of Asia.

In order to realize this goal, it stated that “strong democratic institutions, independent civil society, and free and fair elections” were essential.

The statement added that Washington and Bangkok would support “open and inclusive communities” for LGBTQ individuals, a top priority for President Joe Biden’s administration.

Thailand’s participation in a Biden proposal to connect Southeast Asia with enterprises that promote green energy has been praised by Blinken as well.