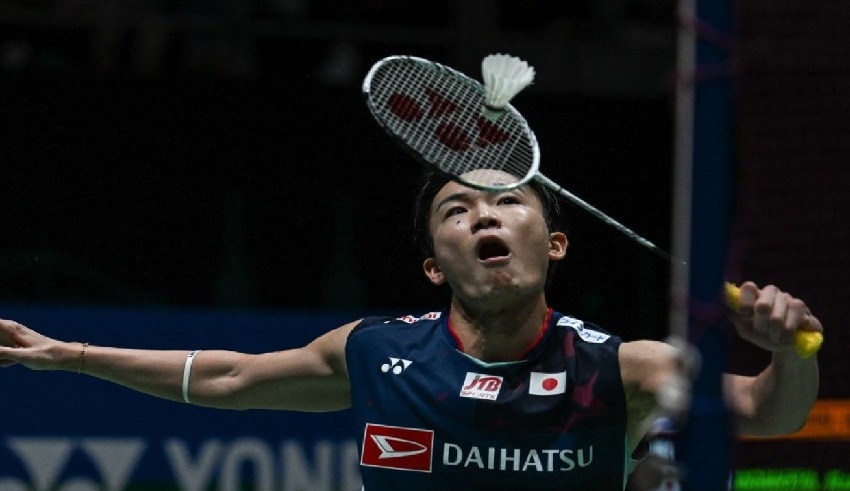 MALAYSIA: The Malaysia Open final was Japan’s Kento Momota’s first final appearance of the year, when he beat Thailand’s Kunlavut Vitidsarn in straight sets on Saturday.

An important step forward for Momota’s career had been set back by a car accident more than two years prior that cut short his chances of winning the final Malaysia Open when the epidemic shuts down play in 2020.

Momota, the defending champion, stepped out to a thunderous welcome from the Kuala Lumpur crowd, and he wasted no time in making an impression on Kunlavut, who was unable to keep up.

He added, “I just tried not to make any mistakes and maneuver the shuttle as much as possible toward my opponent’s side,” following his victory.

After winning the Malaysia Open in January 2020, Momota and his driver were involved in a car accident that resulted in the death of his driver.

A broken eye socket and blurred eyesight were the result for Momota. His performance was noticeably diminished upon his return after a year of inactivity.

Momota, who is still rated number two in the world, had a disastrous Olympics in his hometown of Tokyo last year and has fallen in the first round of four of his five prior singles competitions this year.

When Axelsen faced Christie in the final, he put on a strong display, winning the game with ease after just over an hour of play.

The world number one said he was pleased to see Momota back to his best following an 18-month slump, but said he was desperate to win the Malaysian Open.