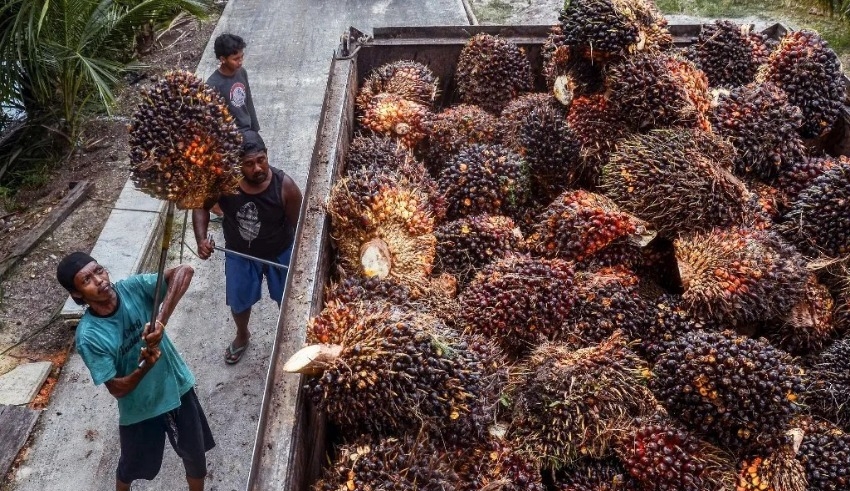 After a three-week export embargo that ended on May 23 resulted in a significant buildup of domestic stockpiles and outraged farmers by driving palm fruit prices lower, the world’s top palm oil producer was obliged to change its policies.

A top Indonesian official confirmed that the export quota has been increased from five times to seven times since Monday.

A total of 2.4 million tonnes of palm oil products had been exported under the ministry’s so-called domestic market obligation (DMO) plan and export acceleration program as of Monday, he said in an interview.

A total of 3.4 million tonnes might be exported by Indonesian businesses based on the reduced quota and the accelerated program. A volume estimate was not provided by Veri for the new quota.

“Our goal is to speed up exports in order to free up storage space and allow farmers to absorb their palm fruit,” said Veri, who added that there was no time restriction on the current export ratio.

Following the filling of storage tanks by independent farmers, farmers’ organisation APKASINDO said that dozens of mills had stopped purchasing palm fruit from such farmers.

Despite the export prohibition, palm oil fruit prices in the Lamandau district of Borneo island had fallen to between 800 rupiah and 1,100 rupiah per kilogramme on Tuesday, council member Budi Rahmat said in Indonesia’s parliament.

Thousands of tons of palm fruit were left to rot because mills couldn’t process the supply due to the price decline, which Budi described as “much worse than the pandemic” for the local economy.

If farmers didn’t harvest their fruit trees, they risked destroying them, according to Ridho Ikhsan, a farmer in Riau province on the island of Sumatra.

According to him, the harvest was also enormous, as evidenced by the fullness of storage tanks at mills and at the port of Dumai.

A top Indonesian minister recently suggested that the obligatory palm oil component in biodiesel could be increased from its current 30 percent to 35 or 40 percent in an effort to promote domestic demand.

Despite Indonesia’s policy reversals, the Malaysian palm oil benchmark futures have fallen more than 11 percent since Indonesia announced plans to export more palm oil this weekend. After a 22% decrease in June, which was the greatest monthly drop since October 2008, prices have fallen again.