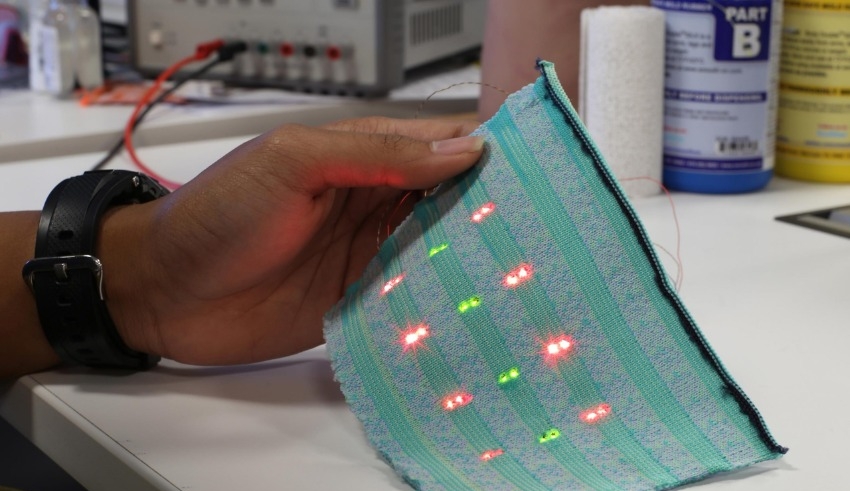 This technology may allow fluorescence sensors to be used to track molecules in the brain or other human tissues deep into the body for medical diagnosis.
(c) SciTechDaily

US: Living cells may be seen for the first time thanks to fluorescent sensors, which can label and picture a wide variety of chemicals. Since their signal is lost when they are implanted too deeply, they are normally only employed in cells grown in a lab dish or in tissues close to the skin’s surface.

Engineers at MIT have recently found a way around that restriction. They were able to enhance the fluorescent signal by using a new photonic technique for activating any fluorescent sensor. The scientists demonstrated that they could implant sensors as deep as 5.5 centimeters (2.2 inches) in tissue and still receive a significant signal..

This technology may allow fluorescence sensors to be used to track specific molecules in the brain or other human tissues deep into the body for medical diagnosis or monitoring of drug effects, according to the researchers who studied it.

Volodymyr Koman, an MIT researcher and one of the study’s primary authors, explains that if he has a fluorescence sensor that can probe biochemical information in cell culture or thin tissue layers, this method allows him to translate all of those fluorescent dyes and probes into thick tissue.

Many various types of fluorescence sensors, including quantum dots, carbon nanotubes, and fluorescent proteins, are used by scientists to label molecules inside the cell Fluorescence in these sensors can be noticed by putting a laser light on them. The problem is that fluorescent light from the tissue itself prevents this method from working in thick, dense, or deep tissue. This light, known as autofluorescence, obliterates the sensor’s signal.

For example, “all tissues autofluoresce, and this is an important limitation,” adds Koman. Autofluorescence takes over as the sensor signal fades away, obscuring it from view.

By modulating the frequency of the fluorescent light from the sensor, MIT researchers were able to overcome this constraint and distinguish the sensor’s light from tissue autofluorescence. To create an oscillating laser beam, they employ three lasers and a process called wavelength-induced frequency filtering (WIFF).

An oscillating beam of light can double the frequency of a sensor’s fluorescence. This makes it easier to distinguish the fluorescent signal from the background autofluorescence. More than 50-fold improvement in signal-to-noise ratio was achieved using this system.

Such sensing might be used to keep tabs on the efficacy of chemotherapy medications, for example. Using glioblastoma as an extreme example, the researchers were able to demonstrate the viability of their approach. In order to remove as much of the tumor as possible, patients with this form of cancer typically undergo surgery and are then treated with the chemotherapy medication temozolomide (TMZ).

The treatment has major adverse effects and isn’t effective for many people, so Strano says it’d be useful to have a way to readily monitor if it’s working or not.

Temazepam breaks down into a number of smaller chemicals, including one known as AIC, when it enters the body. To detect AIC, the MIT team developed a sensor that could be implanted as deep as 5.5 cm into an animal’s brain. Even through the animal’s skull, they were able to detect the sensor’s signal.

Reaction oxygen species and other molecular markers of tumor cell death could also be detected by these sensors.