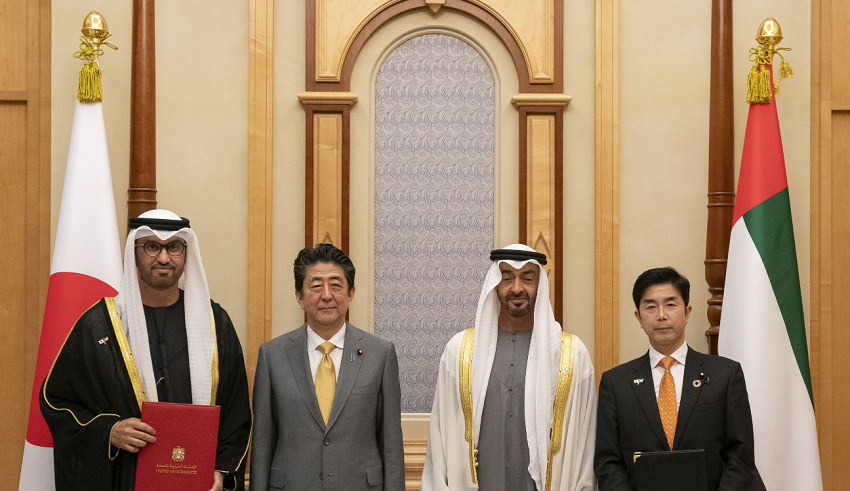 The Ministry of Economy, Trade, and Industry (METI) said on Tuesday that Japan and the UAE had confirmed their partnership in the energy sector.

“To address efforts to promote stability in the global crude oil market, METI Minister Hagiuda Koichi conducted a video conference with Suhail Mohamed Al Mazrouei, UAE’s Minister of Energy and Infrastructure. The two ministers also talked about enhancing their bilateral collaboration in the areas of hydrogen, fuel ammonia, and CCUS, which are all forms of clean energy,” the ministry stated.

In spite of Russia’s invasion of Ukraine and other circumstances keeping crude oil prices high, Minister Hagiuda voiced his gratitude for Japan’s consistent supply of crude oil during the meeting last week. In order to ensure a sufficient supply through increased production and investment in capacity, he requested assistance in stabilising the global crude oil market.

In accordance with the Memorandum of Cooperation on Hydrogen that their governments signed in April of last year, the two ministers commended the development of the continuing hydrogen initiative.

UAE’s role in working towards stability in international crude market

The proved reserves of the United Arab Emirates are equivalent to 299 times its annual consumption. This indicates that there would be around 299 years’ worth of oil left without Net Exports (at current consumption levels and excluding unproven reserves).

Around 66% of the oil the United Arab Emirates produces is exported to the rest of the world and is the biggest supplier of oil (2,487,580 barrels per day in 2016).

Memorandum of cooperation (MoC) on hydrogen between Japan and UAE

In order to exchange hydrogen policy and standard development and to create a global supply chain that includes manufacturing and transportation to Japan, Japan and the United Arab Emirates signed a memorandum of cooperation (MoC).

By switching to sustainable energy, the pact also covers infrastructural and energy issues between the two nations in line with the Paris Agreement. In the following areas, take into account exchanging information and sending professionals to work together.

During the UAE’s virtual business trip to Japan in 2021, the two nations decided to collaborate on fuel ammonia and carbon recycling technology.

The deal was reached when the Abu Dhabi National Oil Company (ADNOC) and the Ministry of Economy, Trade, and Industry of Japan signed a Memorandum of Cooperation, which highlighted the desire of the UAE and Japan to use innovative economically viable technology to lower carbon emissions.

Ammonia can act as a hydrogen carrier and a zero-emission fuel, and it will be crucial in allowing the hydrogen economy in the future.