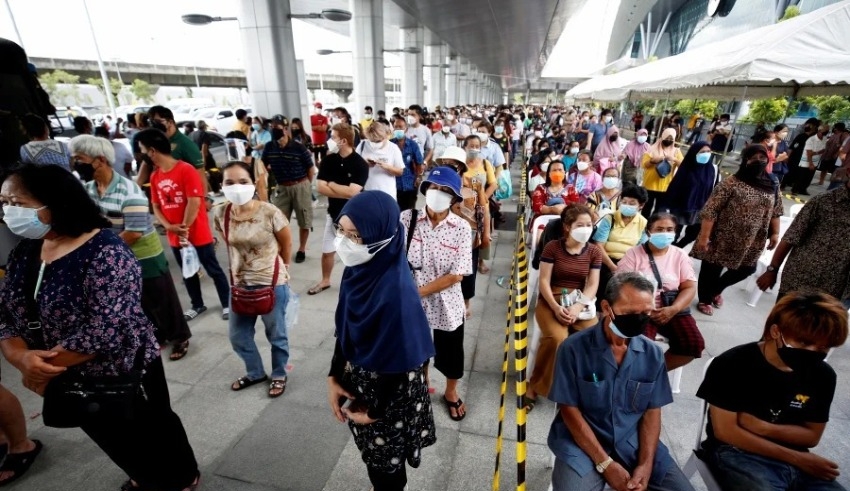 Before the outbreak of the COVID-19 epidemic in 2019, Thailand's Interior Ministry reported an average of 276,000 arrivals each month at the checkpoint.
(c) New Straits Times

THAILAND: Adi Mohammad, a resident of Singapore and a lifelong motorcyclist, is an expert in his field. Until the COVID-19 outbreak made traveling abroad difficult, he spent the last two decades riding throughout the world.

He was unable to travel to Thailand, his favorite vacation spot, for more than two years. A month on leave and COVID-19 guidelines that allow him to ride his touring motorcycle back to his home nation make this possible.

A trip to the beach is all Adi has in mind right now, and he’s considering places such as Ko Samui, Phuket, or Koh Lanta.

A land border crossing in Songkhla, Malaysia’s province of Kedah, had just brought him across the border. When he got his new passport, it contained a new stamp from the Thai immigration office.

His motorcycle was parked on the street, ready to embark on new journeys.

He claimed that it had been dormant for almost two years.

Travelers to Malaysia and Singapore use Songkhla as a jumping-off point when visiting southern Thailand.

People from Malaysia, Indonesia, and Singapore are increasingly using the Sadao border crossing since the Thai government abolished the pre-arrival registration system, Thailand Pass, as well as the requirement for $10,000 in travel insurance coverage on July 1.

There were 3,862 entries on July 1 alone, compared to 1,338 arrivals on the same day last month, according to the Sadao Immigration Office.

For more than two years, the checkpoint was closed because of the epidemic. The number of tourists returning to Songkhla has increased only recently, following Thailand’s relaxation of visa rules earlier this month.

Visitors didn’t want to waste their time in June because there were still several formalities to go through before they could come here. Additional costs included insurance and COVID-19 testing, according to a border crossing immigration official who declined to be identified.

Although it may not seem like much, an insurance policy with US$10,000 in coverage costs between 600 and 700 baht (US$17). For a family of six to seven, however, that would mean spending several thousand baht,” he pointed out.

Six thousand one hundred and eighty-eighty-two people passed via the Sadao border crossing in the three days after the beginning of July. 3,820 more people entered via the Malaysia-Thailand border pass but were not counted.

Before the outbreak of the COVID-19 epidemic, Thailand’s Interior Ministry reported an average of 276,000 arrivals each month at the checkpoint.

Tourist arrivals are expected to rise in the coming months, particularly around the forthcoming Hari Raya Haji holidays.

There are no exemptions for travelers who have been completely vaccinated against COVID-19, notwithstanding the lowered requirements. A negative COVID-19 test result is required for persons who have not received vaccination or who have had only a partial vaccination.