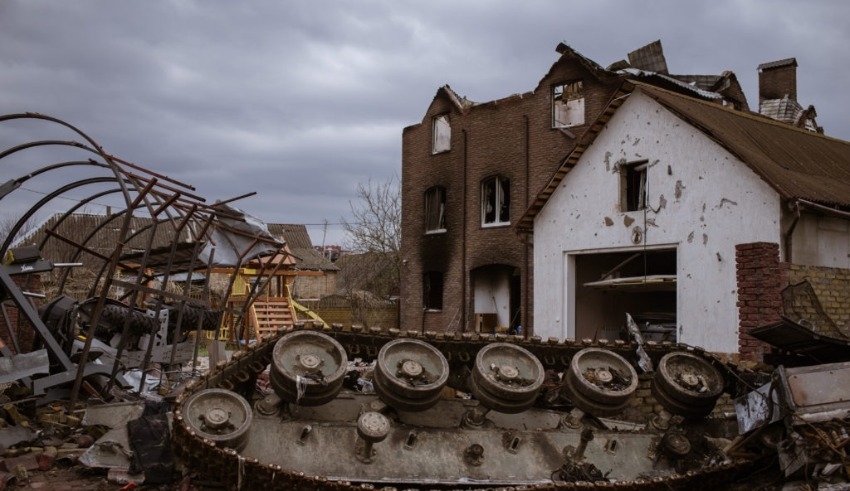 Ukrainian officials said that they had launched a long-range rocket strike against Russian army in southern Ukraine, intending to reclaim their troops.
(c) PBS

UKRAINE: Ukrainian officials announced on Tuesday that they had launched a long-range rocket strike against Russian army and military equipment in southern Ukraine, which they claim they are intending to reclaim with hundreds of thousands of troops in a counter-offensive.

The settlement of Nova Kakhovka in the Kherson region was attacked by an airstrike that killed 52 people, according to the Ukrainian military. According to Kyiv, its armed forces are getting better at operating the modern mobile artillery weapons supplied by Washington.

The Russian-installed authorities in the town presented a different account of the events that took place there. According to the Russian TASS news sources, at least seven people were murdered and around 70 were injured in the attack. At least seven persons were reported dead, including civilians and civilian infrastructure, according to a Russian-backed official in Kherson.

Battlefield reports were not independently verified by Reuters.

Located just north of Russian-annexed Crimea is the territory Ukraine attacked, which Russia took on February 24 when it launched “a special military operation” in its former Soviet neighbor. It has Black Sea access, was formerly a major agricultural industry, and is just north of Crimea.

As many as a million troops could be mobilized by the Ukrainian government in order to retake southern portions of the country currently under Russian control.

At least five individuals were killed, a Msta-B howitzer and a mortar were destroyed, as well as seven armored vehicles and an ammunition storage in Nova Kakhovka, according to a statement from Ukraine’s southern military command.

Unconfirmed videos released on social media showed smoke and sparkles, followed by an enormous fireball that erupted in the night sky. State-run media in Russia posted images depicting a desolate landscape littered with debris and the ruins of abandoned buildings.

According to a Russian-backed local authority, Ukraine fired HIMARS missiles to destroy saltpetre warehouses, which may be used to create fertilizer or gunpowder. Ukraine denies using HIMARS missiles. The outcome was a massive explosion. It was later reported by Russia’s TASS news agency that the fires had been put out.

In response to a question regarding what kind of weapon was used, the Ukrainian Defense Ministry did not provide an instant response.

“Under the rubble, there are still many people. Those who have been injured are being transported to area hospitals, while many residents remain stranded in their homes,” Russia-installed Kakhovka District’s military-civilian administration chief Vladimir Leontyev was quoted as saying by TASS. According to him, he had heard that a church, warehouses, businesses, pharmacies, petrol stations, and a pharmacy had been damaged.

As a result of the fighting, the world’s supply of grain and cooking oil has been severely restricted. Odesa, a major Black Sea port, has more than 20 million tonnes of grain in silos.

Despite their efforts, UN Secretary-General Antonio Guterres told reporters, “There is still a distance to go.”

“Because of this, Ukraine anticipates grain exports to climb by 500,000 tonnes each month,” a Ukrainian government official said. According to him, Ukraine is in talks with Romania and the European Commission to increase supplies through the Sulina canal.

According to Russian reports, Ukraine has been shelling its own citizens in areas it no longer controls. Ukraine claims to be evacuating as many people as possible from Russian-occupied territories, which it and the West see as a move by Moscow to capture land in the imperial way.

Russia has been accused of indiscriminately killing civilians and leveling entire city districts in its own airstrikes in Ukraine.

UN human rights office reported that 5,024 civilians had been murdered in Ukraine since the invasion started on Tuesday and added that the real death toll is likely far higher.

Kherson residents are being offered Russian passports and the rouble as a currency by Russia. It has not yet been determined when the referendum will take place, but Russian-installed officials say they want to hold one.

Kherson residents were warned to leave on Sunday as Ukraine’s military prepared a counter-attack.

A big new Russian offensive is expected to take place in the east of Ukraine, where Moscow has said it intends to retake the industrial Donbas region.

Ukrainian officials said that Russian forces have been bolstered in the Bakhmut and Siversky districts, as well as around Sloviansk and Kramatorsk.

There was steady shelling of the entire front line in the region, he added, as Russian troops tried but were denied from breaking through

Additional reports stated that Russian-backed forces had surrounded the town of Siversk.

Attacks were also launched on other Ukrainian cities.

The regional governor reported that shelling hit Mykolaiv in the south overnight, injuring at least 12 people, and the mayor of Kharkiv, Ukraine’s second largest city in the northeast, informed Ukrainian television that his city was constantly being shelled.