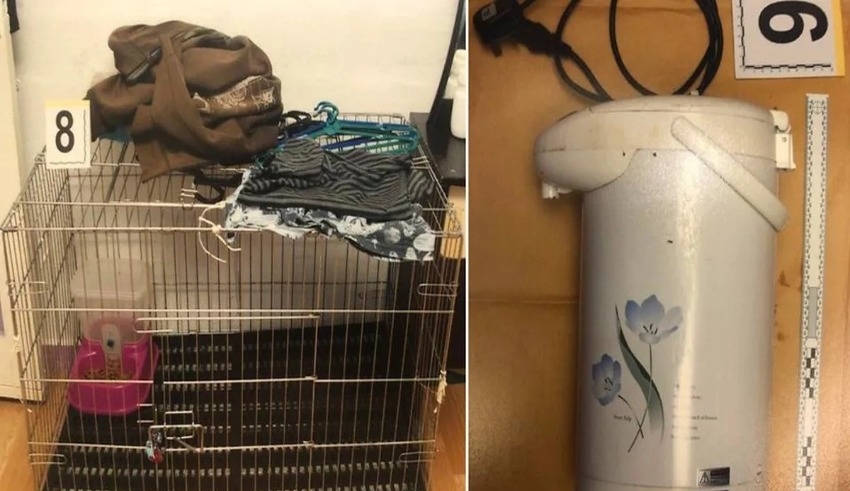 Following an appeal, the mother of a 5-year-old son who died of scalding injuries was convicted of murder on Tuesday. The father gets sentenced for life.
(c) CNA

SINGAPORE: Following an appeal by prosecutors, the mother of a 5-year-old son who died of scalding injuries was convicted of murder on Tuesday (Jul 12).

As a result, the boy’s father’s sentence was increased to life in prison by the Court of Appeal. In 2020, the pair, both 30 years old, was found guilty of intentionally causing great bodily harm by means of heat.

A 27-year prison term was handed down to Azlin Arujunah and her husband Ridzuan Mega Abdul Rahman when they were convicted. Additionally, Ridzuan received 24 cane strokes, while Azlin was sentenced to an additional 12 months in prison instead, because women are not allowed to be caned.

A murder charge under California Penal Code Section 300c, which carries the death penalty or life in prison, has been added to Azlin’s original criminal charge.

A hearing on Azlin’s sentencing has been deferred until the prosecution and defense have had a chance to present their arguments.

Court Judge Valerie Thean found that the prosecution had failed to prove common intention when she acquitted a married couple of murder in 2020.

Abuse began roughly a year after the boy’s return to his parents from another family in May 2015. A brush or hanger was used to beat him up, and he was squeezed with pliers.

As a punishment, his parents scalded him with hot water, causing blisters and peeling flesh on his body. Finally, he was put in a cage that was supposed to house the household cat.

The boy’s parents scalded him with boiling water four separate times between October 15 and October 22, 2016. As a result, he was killed by severe scalding injuries.

Chief Justice Sundaresh Menon, on behalf of a five-judge panel, stated that Azlin was singularly accountable for the first and third scalding events, while she and Ridzuan were jointly responsible for the second and fourth scalding episodes.

Azlin grabbed her son by the ankle and splashed boiling water on his leg and hand many times during the first incident between October 15 and 17, 2016.

Rizaan threw additional hot water at the youngster after hearing this.

He pursued him around the living area, hurling nine to 10 cups of boiling water at him on Oct. 21, 2016, his third incident.

Azlin urged her husband to “deal with” the youngster a day later when he refused to remove his shorts for a bath, a fourth time.

As Ridzuan threw boiling glasses of water on the youngster, he proceeded to beat him with a broom. When he was attacked, the child hid in the bathroom, crouching till he fell forward and stopped moving.

Because his parents feared he would be arrested, he was transported to the hospital after more than six hours. During surgery, he fell into shock and died the next day as a result of his injuries.

The temperature of the water poured on the youngster ranged from 70 to 90.5 degrees Celsius, according to the testimony given in court. The judges stated that water temperatures of more than 70 degrees Celsius would result in mid to deep burns even with slight touch.

“There has been no instance where the court has been confronted with the difficulty that this court is faced with,” the Court of Appeal stated in a 131-page ruling.

This was due to the prosecution’s attempt to link Azlin’s murder charge to two other crimes committed by Ridzuan, namely the second and fourth scalding episodes.

The judges noted this entailed an “extended view” of common intention, or the intention shared by several criminals..

It was a central question in their investigation as to whether or not such an interpretation was permitted. Based on their reading of the relevant section of the Penal Code, the judges came to the conclusion that it was.

Moreover, they concluded that this interpretation of the Article was appropriate since it served the objective of deterring group crimes and expanding the criminal accountability of individuals who habitually plan and participate in group crimes beyond the acts done by them.

Section 300c charges against Azlin were found to be sufficient by the judges because of the totality of Azlin’s actions and intentions in each of the four events.

Using an “extended understanding” of common intention, they decided it was evident that Azlin meant to inflict the scalding injuries in all four occurrences.

When Ridzuan sprayed hot water at their son in the second episode, Azlin did nothing to stop it, but instead followed the boy around the home.

Her role in the fourth occurrence was to incite and urge Ridzuan to scold their son, stated the sentence.

After a lengthy investigation, Justice Thean concluded that Ridzuan and Azlin “worst case” of causing grievous bodily harm using heated methods was not warranted to keep them in prison for the rest of their lives.

Ridzuan’s sentence was reduced to life in prison by the Court of Appeal, which found that the trial judge failed to examine various aggravating factors that added up over time.

Abuse that went on for an extended length of time as well as the ferocity of the abuse, which included scalding the boy’s face and genitals.

According to Chief Justice Menon, it is only possible to gauge the boy’s discomfort in light of the numerous scorching events since they were not performed on pristine skin, but rather on scarred, scalded skin.

Furthermore, the fact that Azlin and Ridzuan committed the crimes against an innocent kid in their own house and that the abuse lasted for four months was an additional aggravating factor.

Despite his age of 24 at the time of the crimes, the judges found that Ridzuan’s case lacked major mitigating factors, such as his supposed remorse.

In the opinion of the court, Ridzuan’s crimes were among the most heinous forms of offenses that warranted life imprisonment. Also, the judges inquired of the parties as to whether the man’s caning penalty would remain in effect going forward..

As part of the panel’s investigation, Professor Goh Yihan, dean of Singapore Management University’s School of Law, was enlisted.

Mohamed Faizal, Senthilkumaran Sabapathy, and Norine Tan, all Deputy Public Prosecutors, represented the prosecution during the hearing on the appeal.