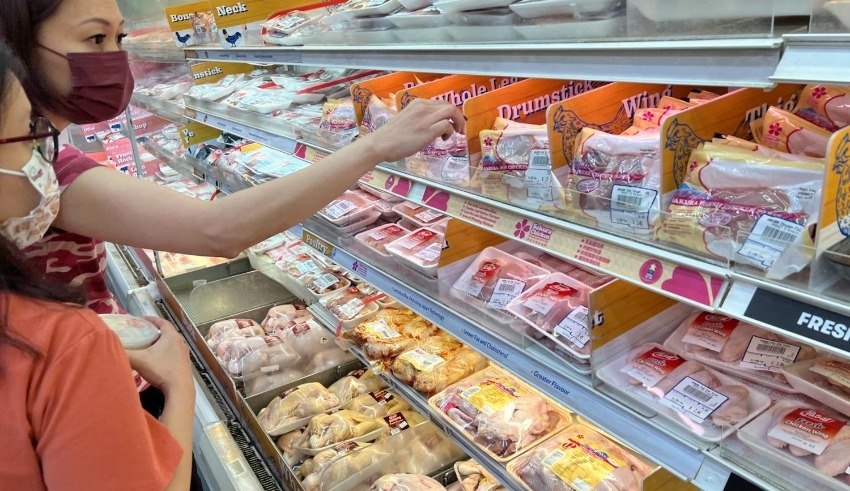 According to reports, Chicken meat and chicken meat products from Indonesia have been approved for import into Singapore by the Singapore Food Agency (SFA).
(c) TODAY

INDONESIA: On Wednesday (July 13), Indonesia will begin exporting chicken goods to Singapore, according to an Indonesian Ministry of Agriculture official.

Charoen Pokphand’s Indonesian subsidiary, Mdm Tri Mela Sari, a director at the ministry, confirmed to CNA that the first shipment will consist of frozen chicken meat from Indonesia. The volume of exports is still a mystery.

“On Wednesday, July 13th, we will ship our first shipment of chicken meat to Singapore.” An announcement will be made at the office of Charoen Pokphand Indonesia (CPI). “More information will be provided at the press conference,” she stated on Tuesday.

Chicken meat and chicken meat products from Indonesia have been approved for import into Singapore by the Singapore Food Agency (SFA).

Two of these enterprises, according to Mdm Mela Sari’s statement on Tuesday, are still in discussions with their Singaporean counterparts.

B2B (business to business) conversations are taking place. “Talks between companies in both nations will determine when the other two (companies) can start exporting their chicken products,” she added.

The director of animal product processing and marketing of Indonesia’s Ministry of Agriculture indicated that 12 other Indonesian enterprises are now requesting approval to export chicken products to Singapore. The SFA has received all of the applications.

The Singapore Food Authority (SFA) has stated that individual establishments and farms need to be examined and approved, with extensive documentation reviews and on-site audits for verification, before they are allowed license to export food to Singapore.

Around 33 percent of Singapore’s 214,400 tons of chicken meat imports came from Malaysia.

Supply and pricing concerns in Malaysia have necessitated an export limit of 3.6 million chickens a month, with some vendors selling whole chickens beyond the price ceiling to meet their costs.

Following the export prohibition, Singapore has declared that it will purchase chickens from Indonesia and Thailand, among other countries.

As of June 30, the SFA now imports chilled, frozen, and processed chicken products from Indonesia.

Indonesia’s chicken meat production is predicted to reach 5.9 million tonnes in 2022, according to an estimate made by the Indonesian Ministry of Agriculture last month.

This year’s domestic demand for chicken meat is expected to reach 5.3 million tonnes. This equates to a monthly excess of approximately 50,000 tonnes.