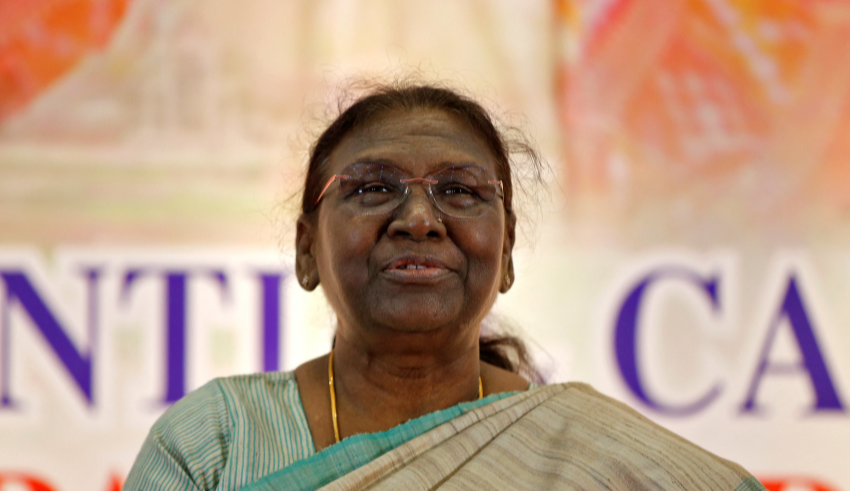 On Thursday, lawmakers in India made history by electing the first president of the country to come from one of the country’s tribal communities. This could increase the popularity of Prime Minister Narendra Modi’s party among underrepresented groups in advance of the general election in 2024.

When Droupadi Murmu, a former teacher turned politician who is 64 years old, enters office on July 25 to begin a five-year tenure as president of the republic, she would be the second woman to fill the primarily ceremonial job of head of the republic.

On Monday, more than 4,500 state and federal parliamentarians participated in the election for president, and the votes were tabulated on Thursday. Since Modi’s Bharatiya Janata Party (BJP), which rules both federal and state politics, was on Murmu’s side, it seemed a foregone conclusion that she would emerge victorious.

“A daughter of India who was born in a distant section of eastern India to a tribal group and has now been elected as our President!” it was remarked Modi on Twitter.

Murmu was given birth to a family that belonged to the Santhal tribe and hailed from the state of Odisha. She began her professional life as a teacher and was very involved in the affairs of the local community.

Later on, she became involved in mainstream politics and was a member of the BJP state legislature in Odisha before being elected to the position of governor of the eastern state of Jharkhand.

Her victory is viewed as the BJP’s attempt to reach out to India’s tribal populations, which account for more than 8 percent of the country’s population of 1.4 billion people.

“The BJP will want to offset any anti-incumbency of the last ten years in 2024, and one of the ways to do that is to go for a new vote-base,” Reuters quoted political commentator Neerja Choudhary as saying.

Yashwant Sinha, a former BJP finance minister who is now an outspoken critic of Narendra Modi, was the opposition candidate that Murmu defeated. Murmu won nearly twice as many votes as Sinha did.

The Prime Minister of India is the one in charge of day-to-day government operations, despite the fact that the President of India acts as the Supreme Commander of the Armed Forces. Murmu will succeed Ram Nath Kovind as President of India.

In spite of this, the president plays a vital part in resolving political crises, such as when the results of a general election are inconclusive, by determining which political party is in the strongest position to form a government.