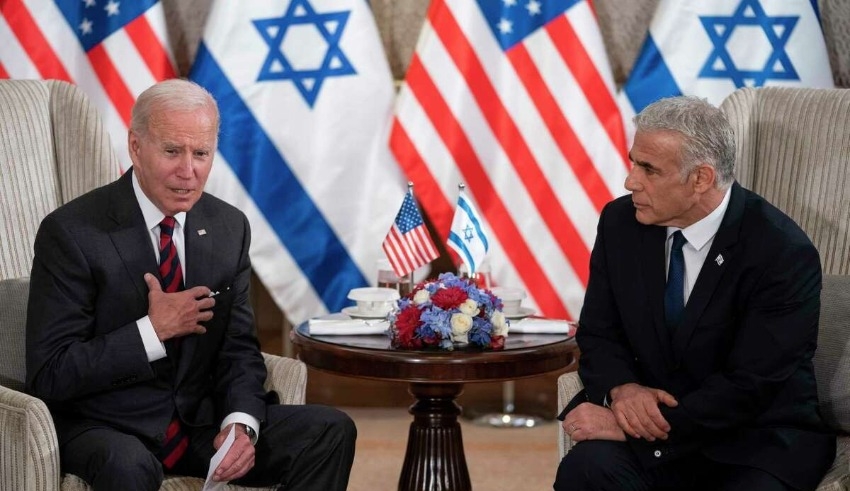 Saudi Arabia said that restrictions on "all airlines" accessing its airspace would be lifted ahead of US President Joe Biden's arrival in Saudi Arabia.
(c) Seattle PH

US: Friday (Jul 15), Saudi Arabia said that restrictions on “all airlines” accessing its airspace would be lifted ahead of US President Joe Biden’s arrival in Saudi Arabia.

US President Barack Obama hailed Riyadh’s “historic” decision, the latest concession to the Jewish state, which it has refused to recognize despite Israel’s persistent attempts to build connections with the Arab world.

In a tweet, the Saudi Civil Aviation Authority announced that it has “announced the decision to open the Kingdom’s airspace for any air carriers that meet the conditions of the authority for overflying.

“The Kingdom’s efforts targeted at solidifying the Kingdom’s position as a worldwide center connecting three continents” were cited as the reason behind the decision.

In a statement, US National Security Adviser Jake Sullivan stated, “This decision is the consequence of the president’s tireless and principled engagement with Saudi Arabia over many months, culminating in his visit today.”

According to Sullivan, “this decision opens the door for a more integrated, stable, and secure Middle East region, which is essential for the security and prosperity of both America and the American people and Israel.”

As part of a tour to the Middle East, President Obama will arrive in Saudi Arabia later in the day, and he’s expected to have more to say about the breakthrough, he added.

Biden’s arrival in Israel at the beginning of his Middle East trip on Wednesday sparked speculation about whether Riyadh would change its long-held position of not establishing official bilateral ties with Israel until the conflict with the Palestinians is resolved, which Washington had hinted at prior to Biden’s arrival in Israel.

In 2020, the United Arab Emirates established diplomatic relations with Israel, followed by Bahrain and Morocco via the US-brokered Abraham Accords. The monarchy did not exhibit any objection.

The immediate advantages are likely to be limited in scope, and Riyadh is unlikely to commit to official ties during Biden’s visit or while King Salman, 86, still rules.

Despite his previous commitment to treat Saudi Arabia as a “pariah” following the 2018 murder and dismemberment of Saudi journalist Jamal Khashoggi, Biden will fly to the Red Sea city of Jeddah on Friday afternoon.

He will be the first US president to fly directly from the Jewish state to an Arab nation that does not recognize it.

In 2017, Trump’s predecessor went the other way.

An Israeli plane was allowed to fly over Saudi Arabia on its way to Abu Dhabi shortly after Saudi Arabia’s announcement of the Abraham Accords in 2020.

On Friday, the Israeli government announced that flights to and from Israel will no longer be subject to overflight restrictions.

As a result, Israel has been seeking for overflight rights to reduce the time it takes for its citizens to travel to Asia.

Muslims from Israel, a majority of whom are Sunni Muslims, are also a target of Israeli authorities.

Because of this, they are currently subjected to expensive third-country stopovers.

Dan Shapiro, a former U.S. ambassador to Israel, said there had been a “significant change in Saudi attitude” regarding Israel under Crown Prince Mohammed bin Salman, whom Biden is set to visit on Friday.

Even King Abdullah has signaled that normalization with Israel is a good thing, according to Shapiro, who is now working for the Atlantic Council.

“They backed the Abraham Pact. The normalization of their own practices may take some time and may be implemented in stages, but it appears to be a foregone conclusion that it will take place eventually.”