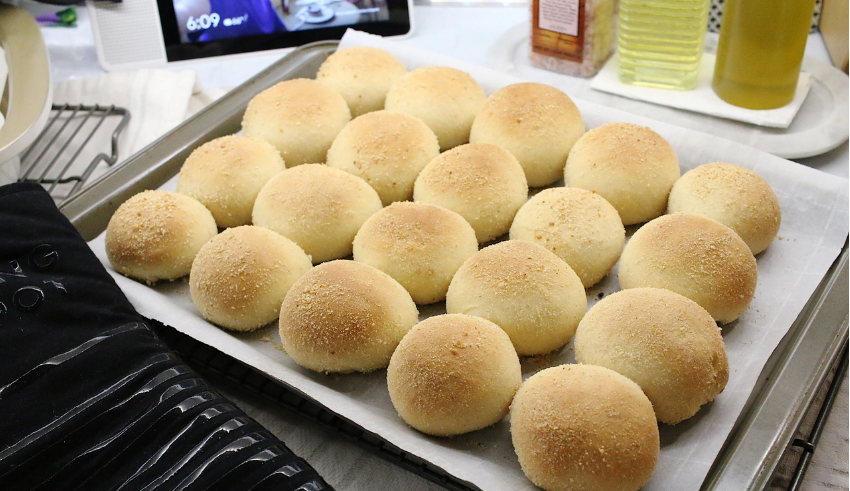 Bakeries in the Philippines are reducing size of pandesal to make ends meet due to inflation, as cost of both locally produced and imported ingredients increased
(c) Styleanthropy

Due to the rising cost of imported edible oil and the impact that the conflict in Ukraine has had on wheat prices, many bakeries in the Philippines are reducing the size of a popular breakfast bun in order to make ends meet in the face of greater inflation.

At Matimyas Bakery, a breadmaker in the suburbs of Manila, the somewhat sweet and pillowy soft “pandesal,” which Filipinos frequently dunk in coffee or stuff with cheese, used to weigh 35 grams.

However, as the cost of both locally produced and imported ingredients has increased over the past few months, co-owner Jam Mauleon has gradually decreased the size of the roll, which is known as the “poor man’s bread” due to its low price, to approximately 25 grams in order to prevent the price from increasing by 2.50 peso (approximately $0.04).

She was afraid that even a little price hike would cause customers in her neighborhood who were short on funds to go to a competing bakery that was located five blocks away.

“We had to reduce the serving size to survive, “The rolls were prepared in a brick oven that morning, Mauleon told AFP as children, workers, and the elderly arrived early to purchase them.

This year, as COVID-19 limitations were released in the Philippines and children started going back to school, Mauleon had thought that the economic situation for the bakery would improve.

The bakery is a day-to-day operation that cannot afford to stock up on ingredients in anticipation of lower prices because of fluctuations in the domestic and international markets.

This week, Mauleon increased the price of a pandesal by 20%, to three pesos, due to the fact that he had to reduce the number of employees and absorb higher costs.

She warned that further reduction in the roll’s size could compromise its quality.

Mauleon declared, “We will try it out if people will still buy it.” adding that “Pandesal is very important in the lives of Filipinos.”

Mother of five, Laarni Guarino, says the price increase has resulted in her feeding her children fewer rolls for breakfast.

“We will have to redo our budget. From five pieces each, my children will have to eat just three to four,” the 35-year-old Guarino told AFP. “Fifty centavos is a big thing for poor people like us.”

Lucito Chavez, president of a local bakers’ association, said that the increased price of raw materials, most of which are imported, was crippling the industry.

“All of us are struggling, not to make a profit, but to survive,” Chavez said to AFP.

We need to shield the pandesal business from harm.

“We have to protect the pandesal industry.” Due to the dramatic increase in the price of fuel, food, and transportation, prices in the Philippines reached their highest level in nearly four years in June, at 6.1%.

Representative and economist Joey Salceda predicted that bread would be hit the hardest by “shrinkflation,” the phenomenon in which the size of a product decreases while the price remains the same.

He recently told reporters that wheat prices have risen by 165%, and he is encouraging bakeries to add vitamins and minerals to their products to compensate for the shortage.