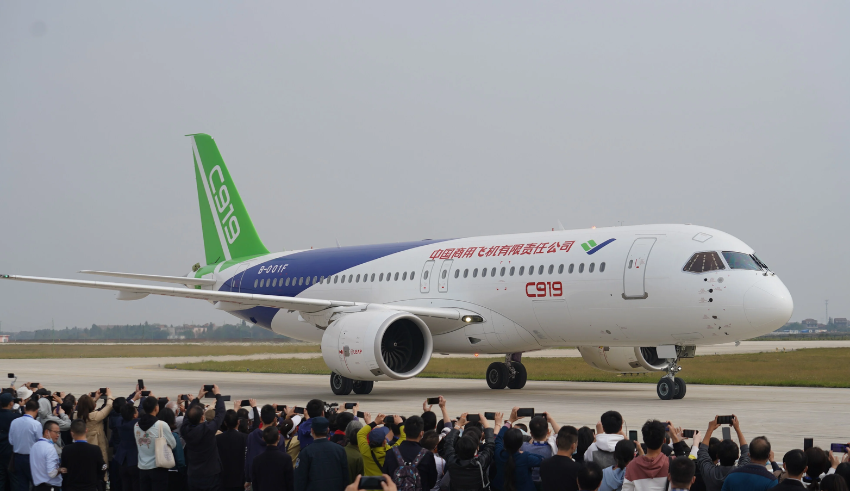 It was announced on Saturday by the business that China’s homegrown C919 narrow-body aircraft, which was built to compete with the Airbus-Boeing duopoly, is getting closer to receiving certification as its test planes accomplished all of the test flight duties on July 23rd.

Commercial Aircraft Corp. of China (COMAC), a state-owned manufacturer, announced on its official social media account that the six test planes have completed the testing tasks as the program enters the final stage of receiving a certificate from the Civil Aviation Administration of China, which is required for commercial operations. The certificate is necessary for commercial operations.

The announcement suggests that the huge airplane with a single aisle will begin operating commercial flights in the near future. Because China has inked 204 bilateral airworthiness agreements with 27 nations and territories, including Canada, Brazil, Australia, and Russia, C919 flights are now able to operate both local and foreign routes.

Beijing court rejects a woman’s request to freeze her eggs

This achievement would be a significant step forward for China in its efforts to move up the manufacturing supply chain. As a result of agreements reached by Boeing and Airbus to take over manufacturing of competing aircraft manufactured by Embraer and Bombardier, China’s COMAC is now effectively the third alternative available in the market for planes with more than 100 seats.

According to Reuters, the C919 aircraft program, which was initiated in 2008 and is intended to compete directly with the families of aircraft produced by Boeing 737 MAX and Airbus 320neo, has been plagued by a variety of technical problems and more stringent export rules from the United States.

China Eastern Airlines, which is wholly controlled by the Chinese government, is the launch client for the C919 and placed an order for five of the aircraft in March of 2018. According to a report that was published on July 8th by Changjiang Daily, which is a newspaper that is owned by the local government of Wuhan, the airline is planned to take the first delivery in August.

The aircraft is put together in China, although a significant number of its parts come from the West. These parts include the engines and the avionics.