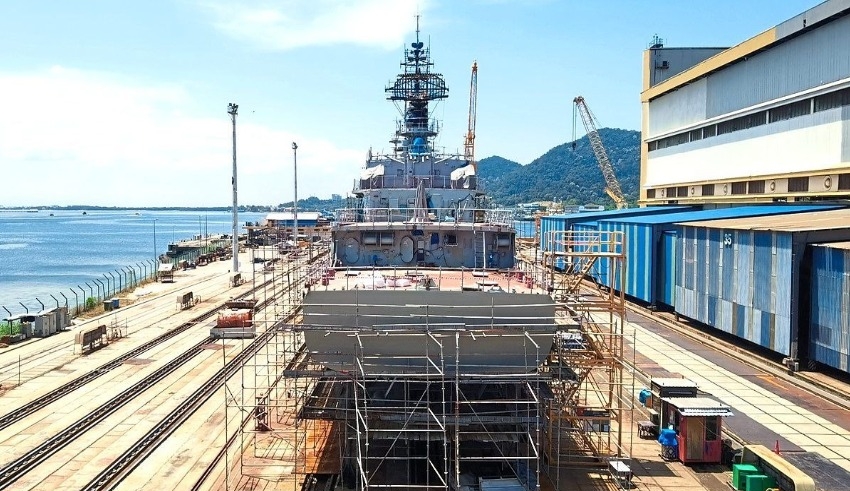 Two studies relating to the US$2.04 billion purchase of six littoral combat ships for the military have been made public by the government of Malaysia.
(c) The Star

Two studies relating to the RM9.13 billion (US$2.04 billion) purchase of six littoral combat ships for the military have been made public by the government of Malaysia.

The released records, among others, shed light on more specifics of the contract. These facts include the ministers who were engaged, the potential increase in prices, and the probable violations.

Documents revealed that Ahmad Zahid Hamidi and Najib Razak, both of whom had previously served as ministers of defense, were involved in the scandal.

Najib Razak, who served as prime minister of Malaysia from 2009 to 2014, was present in court on Thursday (August 25) for the continuation of the embezzlement trial related to 1Malaysia Development Berhad (1MDB). In addition to the 21 allegations of money laundering for the same funds, he is accused of four counts of exploiting his position to receive bribes with a total value of RM2.3 billion (US$513 million) in funds related to 1MDB.

This was his first appearance in public since the Federal Court rejected his final appeal plea in the SRC International case on Tuesday, when he was taken to Kajang Prison as a result of the decision to sentence him there.

Siti Zauyah Mohd Desa, a former senior officer in the Ministry of Finance, testified in court as a witness for the prosecution. The court went over her testimony. During her testimony, Ms. Siti Zauyah stated that she was not the author of her own witness statement.

In addition to the trial over 1MDB that will begin on Thursday, Najib is still facing further court issues.

Umar Patek, who was one of the masterminds of the bombings in Bali in 2002, could be out on parole before the 20th anniversary of the attacks because to a recent decrease in the prison sentence he received in Indonesia.

Workweek cutbacks are on the horizon in Malaysia, according to a report

Survivors of the bombings, which resulted in the deaths of 202 individuals in total, including 88 people from Australia, find this to be an extremely upsetting idea.

Thiolina Ferawati Marpaung, a victim who was left with chronic eye injuries, pleaded with the court to “please let him suffer what he deserves as a terror convict, not as a chicken thief whom we can easily forgive,” referring to the defendant.

Following the completion of a deradicalization program, Indonesia said that Patek is abandoning his extremist convictions. According to a representative for the Law and Human Rights Ministry office in East Java, he has shown progress toward reform and has served the equivalent of two-thirds of the 20-year prison sentence he was given.

The Real Estate Developers Association of Singapore (REDAS) will urge its members to encourage contractors with good Workplace Safety and Health (WSH) performance by paying out safety bonuses.

According to Senior Minister of State for Manpower Zaqy Mohamad, developers as service buyers have “tremendous impact” to enhance safety standards and award contractors for good safety performance.

Additionally, the Ministry of Manpower has increased enforcement efforts and has quadrupled the fines for workers who violate workplace safety and health regulations.