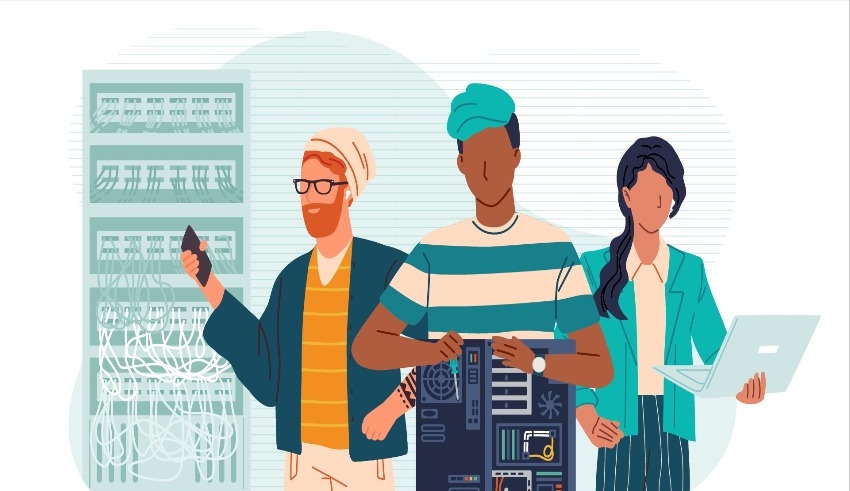 The previous few years have been chaotic for businesses. While millions continue to work entirely from home, many others are resuming their commutes intermittently. According to data from the Pew Research Center, the majority of workers whose employment could be performed remotely were still primarily absent from the workplace as of the beginning of this year.

A career coach, J.T. O’Donnell remarked, “The level of disruption we’ve experienced has shaken every part of the company.” Exciting is not only the number of new companies and new ideas, but also the number of new employment types.

Job titles have always evolved throughout time. In the 1980s, the expansion of new technology led to the emergence of chief information officers. The influx of political people into the technology industry made everyone a chief of staff. In recent years, competition for talent has transformed human resource directors into chief people officers. Now, the advent of remote work has created new professions whose durability has yet to be determined.

“People will attempt numerous titles,” O’Donnell said. “Some will fail due to being too far out there. But finally there will be many changes.”

Since the beginning of the pandemic, LinkedIn has seen a 304% increase in titles referencing “hybrid work” and a 60% increase in titles relating to the future of work. Widespread currents of pessimism and turnover in the labor market have also resulted in the formation of new professions focused on raising morale, despite the fact that workers are often skeptical of what they stand to gain from these roles.

Here is a sample of some of the new employment that have emerged as a result of office disruptions, particularly in IT and other industries that have welcomed remote work.

Atlassian is a developer of collaboration software; hence, when the firm went remote in 2020, its leaders faced pressure to maintain the collaboration engines functioning properly. The company appointed a “head of team anywhere” six months ago, a reference to the company’s stock ticker, which is TEAM. The incumbent, Annie Dean, recently oversaw the opening of a “team anywhere-focused office,” which is located somewhere (Austin, Texas).

In lieu of desks and sterile cubicles, there are event spaces with ample natural light, comfortable seating, a chef’s kitchen, and white boards on wheels. Dean stated during a video conversation from her family’s beach cottage on the East Coast, “The old approach is centered on productivity.” The new approach focuses on the user experience.

Employers are grappling with how to provide support for employees with mental health difficulties, especially given the gaps in actual mental health care. Claude Silver, for instance, acts as “chief cardiac officer” at the agency VaynerMedia, a position she has kept for years despite the pandemic’s increased importance.

“Instead of performing administrative work at a desk and being a ‘no’ person, you need many more ‘yes’ people in the organization,” she remarked.

Silver’s day-to-day activities are diverse. She helps organize online programs for the workers every afternoon at 1:37 p.m., whether it be an interview with Novak Djokovic or a discussion with a colleague about homemade hot sauce. She distributes a workplace newsletter titled Heartbeat and facilitates “courageous discussions” in which colleagues discuss difficult situations in the news.

“You may have noticed that I’ve used the word connection around twenty times,” she added. “It’s so vital to the psychological safety that everyone – regardless of age – needs right now in this really nervous period.”

Some businesses have been inflexible in their approach to workplace flexibility, weighing either a full return to the office or a commitment to working remotely. Samantha Fisher, the head of dynamic work at Okta, a cybersecurity company, wants employees to feel as if they may select the routines that suit them best. “A less binary approach – you’re either remote or you’re not” will be adopted, Fisher said. “What people desire is adaptability. It is not necessary, I never wish to enter the office.”

One of Okta’s initiatives was to establish a work-from-home store where employees may acquire office-grade furniture, such as standing desks and ergonomic chairs, in recognition of the fact that their hybrid arrangements are permanent rather than temporary.

Their justifications for the roles, however, sometimes sound more grandiose: “If you had a skyscraper, you would undoubtedly have someone in charge of ensuring that the physical structure functioned well,” said Darren Murph, GitLab’s head of remote.

Murph views his duty as similar to workplace upkeep, despite the fact that his workplace is not physical. “Even remote businesses have skyscrapers,” he remarked. “You just can’t see it.”

Murph became GitLab’s chief of remote operations before the epidemic made working from home the norm. In 2019, the company held a face-to-face conference on how to make remote work productive, and someone pushed the team to select a project leader.

Murph is a passionate proponent of the notion that work may occur anyplace. Recently, he organized his schedule so that he could spend the afternoon with his newborn niece and watch the sunset over the Outer Banks – “a year’s worth of awesomeness” condensed into a few hours.