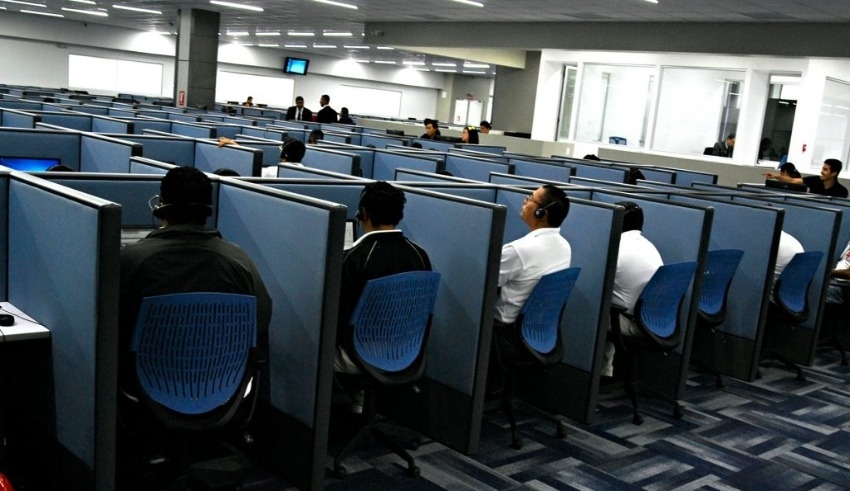 According to the Internet Crime Report published by the agency, a total of $6.9 billion dollars was claimed to have been lost to Internet scammers in 2018.
(c) elPeriódico de Guatemala

Leo is heading to the city of Chandigarh, which is located in the foothills of the Himalayas, for a short weekend vacation after working “the whole night for five days.”

He believes that the motivation for it is “truly to get out of the frustration and everything.”

When he says “this,” he is referring to a normal workday for con artists, which includes wearing headphones for ten hours while “trying to control somebody” and “trying to make bullshit things feel like they really happened.”

Scammers from places like the United States and the United Kingdom trick customers from other countries into paying to resolve fake computer problems or issues related to their customer accounts in legitimate companies. Leo (not his real name) is a member of the seedy underbelly of India’s call-center industry.

There are enormous profits waiting to be taken in. According to Leo, con artists can make enough money in a single night to support themselves for a month or perhaps a year. He says that he is not joking around when speaking to the program Undercover Asia.

“If you talk about scope, like how much money there is to be earned, it’s much too big for you to understand it, and it’s way too big for me to express it,” said the man.

Tech support scams are a global concern, but India has emerged as a leader in the shady business. This has led to the situation in which three call centers in Kolkata have recently become the target of diligent YouTube content creators who are looking to give them a taste of their own medicine.

Mark Rober, Jim Browning, and Trilogy Media are three YouTube users who, in May, published videos in which they allegedly revealed the individuals who were operating the call centers. In addition, the recordings demonstrated the YouTubers’ team playing practical jokes on the centers by releasing glitter and stink bombs, as well as cockroaches and rats, on the premises of the centers.

Scam baiters are individuals who try to bring perpetrators of fraud to light, and Browning stated in an interview with the news website ThePrint.in that India is the origin of more than 95% of all scam calls made worldwide. According to him, these IP addresses come specifically from Kolkata and New Delhi and the surrounding areas, as evidenced by the database he keeps of IP addresses.

According to the journalist Snigdha Poonam, who spoke to Undercover Asia about India’s tech support scam sector, the country experienced a rise in legitimate outsourced call centers in the early 2000s. According to Poonam, who has reported on these scams, the boom continued for almost ten years before the industry started shifting outside of India.

After that, con artists got to work. Poonam explains that at first, they “stole the databases of legitimate (clients) from these large technology businesses that they’d worked at” (customer databases). “And (they) started to put up these tiny centers where you already had that industry network,” the sentence continues.

Now, in places like Gurugram, which is also known as Gurgaon, it may be extremely difficult to determine how much of a company’s operations are legitimate and how much of them are part of a fraudulent scheme.

According to Poonam, “there’s a floor (on which) they’ll provide legitimate tech support, but then they’ll have another group of individuals who are making these false calls at a different location in the same office.”

Top 10 best presidents of the Philippines 2023

It is impossible to get an accurate estimate of how much money is lost due to fraud in the tech support industry. However, losses that were reported to the Internet Crime Complaint Centre of the Federal Bureau of Investigation (FBI) in the United States reached US$347.66 million (S$476.33 million) in 2018, which is more than double the amount lost in 2020.

According to the Internet Crime Report 2021 published by the agency, a total of $6.9 billion United States dollars was claimed to have been lost to Internet scammers in 2018. There has also been a loss of millions of dollars in Singapore.

Leo uses the example of a “client” who is exploring the internet for assistance with a faulty printer and comes across an advertisement that appears to be the website of the original manufacturer to illustrate one type of scam involving technical support.

The victim would notice a toll-free number to call, and when they did, they would end up talking to the con artists. Scammers could take control of his computer remotely and cause him to lose money as a result of unauthorized access to his personal or financial information.

According to the Federal Trade Commission in the United States, a pop-up window could potentially appear on the computer screens of victims, giving the appearance of an error notice from the operating system or antivirus software of the PCs. The pop-up might alert customers to a potential security breach and provide a phone number for them to contact in order to receive fraudulent assistance.

According to the FBI research, con artists may even pretend to be members of the customer care teams of legitimate businesses including banks, utilities, and exchanges for virtual currencies.

Whether it be a love scam, a work scam, or an e-commerce scam, digital technology is the “basic infrastructure” that has enabled scammers to create confidence with their victims before extracting money, he points out. This is true regardless of the type of scam being perpetrated.

He makes the observation that “a lot of technology is getting increasingly frictionless.”

“We’re establishing tools to make it easier for consumers to transact, to provide them a better user experience, but that’s also being exploited by scammers,” said the company. “We’re sorry for the inconvenience.”

In recent years, there has been a rise in the availability of high-speed mobile internet in India; as a result, con artists have begun to focus their attention on the country’s home market. Because it does not require knowledge of English or even a call-centre set-up, addressing their countrymen is slightly easier than targeting the international market. All that is required is a smartphone in this case.

When he did not get a mobile payment from a customer, Mangal Rathi, the owner of a small upholstery firm, called what turned out to be a fraudulent customer care hotline. As a result, he lost approximately 25,000 rupees, which is equivalent to $430 in modern currency.

When Rathi placed a second call to the con artist, he was supposedly informed that “the police can’t touch him.”
Rathi is inconsolable since the police have informed him that he would never see his money again. “What exactly am I supposed to be doing at this point?”