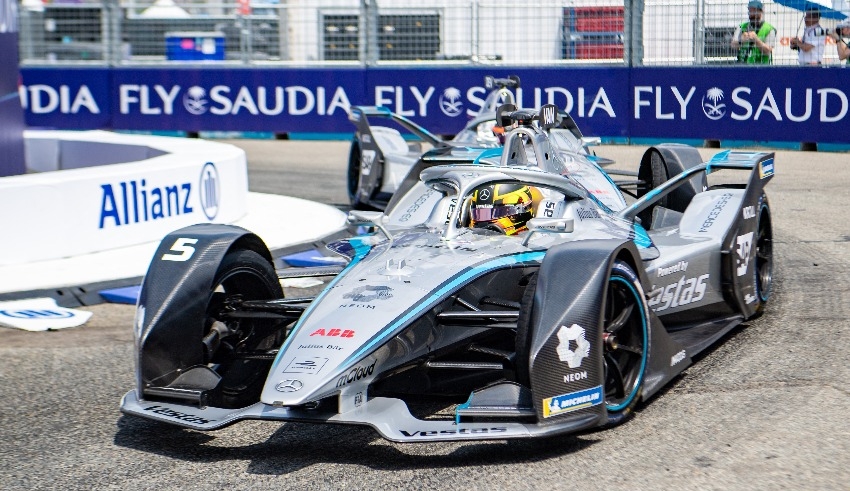 The all-electric Formula E championship will be determined in Sunday’s race in Seoul, with Mercedes’ Stoffel Vandoorne leading his single remaining competitor, Mitch Evans, by 21 points going into the race.

At Seoul’s Olympic Stadium on Saturday, the first race of the double-header for Jaguar was won by New Zealander Evans, who started third on the grid. Evans took the lead into the first corner and went on to win the race, while Belgian Vandoorne finished fifth.

After a late accident that involved Mahindra’s Alexander Sims, the first ever E-Prix to be contested in the capital of South Korea was forced to be stopped by the safety car.

Vandoorne, a former Formula One driver for McLaren, currently leads Evans in the driver standings with 195 points, while Mercedes continues to top the team standings.

If Vandoorne finishes in seventh place or higher on Sunday, he will win the championship.

DS Techeetah’s double champion Jean-Eric Vergne and Venturi’s Edoardo Mortara were eliminated from mathematical title contention during a race that began on a wet and slick track and was red-flagged after an early eight-car pile up. Both drivers had been in contention for the title prior to this race.

One of those involved, outgoing champion Nyck de Vries, was able to walk away from the collision unscathed despite his Mercedes becoming wedged underneath the Nissan of Swiss driver Sebastien Buemi.

“This morning presented a few challenges. We weren’t quite able to keep up with the speed, but the rain started falling at the perfect moment, and I qualified in first place,” remarked Evans after claiming his fourth victory of the year.

“The race was incredibly difficult to manage, the conditions changed all the time… this is what we needed, we’ll go tomorrow and keep fighting,” added the Jaguar driver, who had previously accomplished the feat of winning consecutive races.