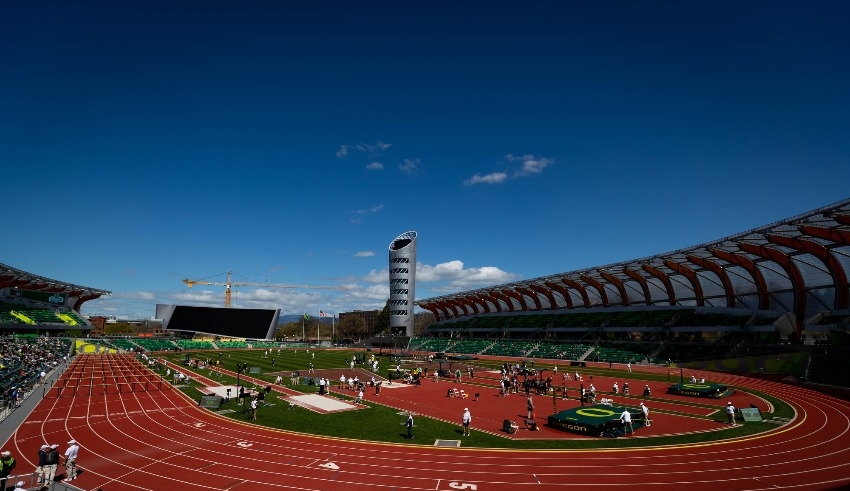 World Athletics has declared that Tokyo will host the 2025 World Athletics Championships, beating out Singapore, Nairobi, and Silesia, which were in the running.
(c) Oregon Live

Last year’s Olympic Games will be returning to their original location for this year’s JAAF centennial celebration.

WADA president Sebastian Coe remarked after the conclusion of the governing Council that Tokyo had a compelling proposal in an incredibly competitive field.

Tokyo will once again host world-class athletic competitions in 2025, as I think this will help Japan commemorate the 100th anniversary of the Japan Amateur Athletic Federation (JAAF).

It was held in Tokyo in 1991 and Osaka in 2007, both of which were notable for the world record-breaking long jump duel between gold medalist Mike Powell and silver medalist Carl Lewis.

Singapore’s application for the 2025 World Championships was announced by Sport Singapore (SportSG) in March. It would have been the first time the event was hosted in the region if it had been a success.

Both the inaugural Youth Olympic Games (2010) and the Southeast Asian Games (2015) were held in Singapore. It is the site of the Formula One Grand Prix, which is an annual event.

This year’s Singapore Grand Prix will be co-hosted by SportSG and Mr Ong Beng Seng, who was key in bringing the race to Singapore.

Singapore, Nairobi, and Silesia were all chosen because they were “strong enough and experienced enough to host the event,” according to a statement from World Athletics.

Athletes’ governing body, World Athletics, said Tokyo was the best of the four finalists in terms of story power, revenue generation, a location that will raise the sport’s international profile, and the right climate.

And after thanking all of the cities that put in proposals, Coe made it clear that the council would like to continue talking about future World Athletics events.