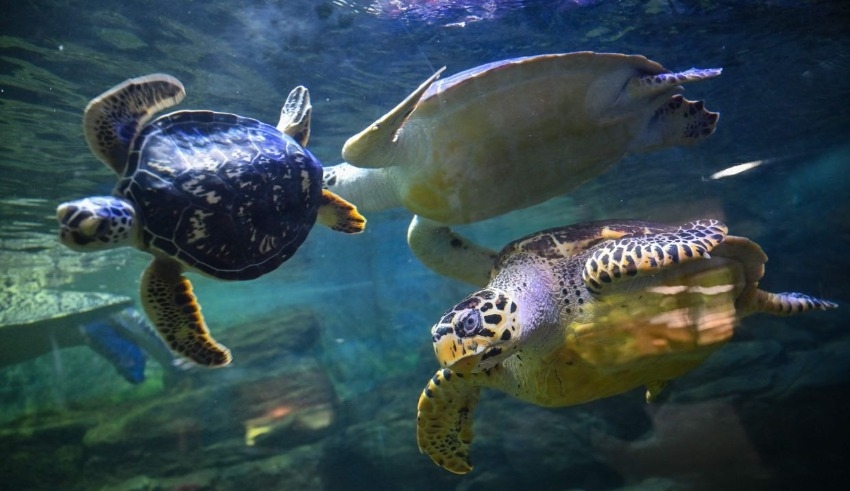 Officials in the area stated that the market, where samples from softshell turtles tested positive for the bacteria that can cause cholera, had been cleansed.
(c) The Star

CHINA: There has been a strong reaction among the Chinese public to the discovery in Wuhan, China, of a cholera-causing bacteria that was also detected in food market samples taken from softshell turtles.

Officials in the area stated late on Thursday that the food market where samples from softshell turtles tested positive for the bacteria that can cause cholera had been cleansed (Jul 14).

Softshell turtles have not been linked to any human cholera cases, although a specific business selling them was ordered to close for three days.

Vibrio cholerae O139, the strain blamed for the student’s infection, and the contaminated samples, according to the authorities, are unconnected.

According to the disease control authorities in Wuhan, unnamed products of the same batch as the softshell turtles that were exported elsewhere are also being tracked.

Despite the lack of conclusive evidence of a cholera outbreak, Chinese Twitter-like microblog Weibo had 200 million reads on Friday as people fretted about another disease outbreak.

Wuhan’s local market, which also offered seafood and fish goods, was at the center of the first outbreak of COVID-19 in late 2019. A major source of friction between China and the United States is the origin of the SARS-CoV-2 virus, which produces COVID-19.

Jokowi Calls For A Thorough Investigation of Defense Satellite

As a weibo user put it: “Take the lesson of COVID-19, and speed up in source tracing to secure proof!!!”

The disease cholera, which causes watery diarrhoea and can be fatal if not treated quickly, is uncommon in China, where five instances were reported in 2021 and 11 in 2020, although no one died as a result of it.

“The identification of Vibrio cholerae O139… once again reminds us that wet marketplaces, while culturally and economically important in Asia, have associated with them different public health hazards,” Andrew Greenhill, a microbiology professor at Federation University Australia, said.

Greenhill said there is no great concern at this time, but that continued surveillance is critical, as O139 has been found in other countries and large cholera outbreaks are rare in areas with safe drinking water and good sanitation.

It’s a good sign that the strain has been discovered, because it shows that surveillance is being undertaken.

In Wuhan, which has a population of over 12 million people, officials stated Monday that a single case of cholera among a university student had not spread to other people.

Wuhan has yet to provide the sources of the bacterium used to infect the student and the samples, or any information on how far they’ve gotten in tracing the bacteria’s origins.