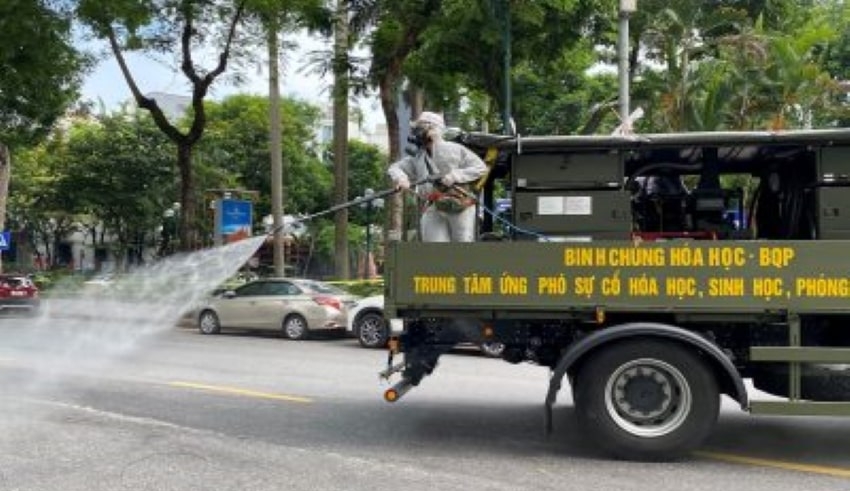 Vietnam's response to the COVID-19 outbreak has been an extraordinary success story.
(C) eastasiaforum

Until recently, Vietnam’s response to the COVID-19 outbreak has been an extraordinary success story. Once the scope of the COVID-19 pandemic in Wuhan was known in January 2020, significant outbreaks in other Asian countries were predicted. When Vietnam was one among the first nations to report human-to-human transmission, it was thought that a large-scale outbreak was unavoidable.

Vietnam, on the other hand, exceeded all predictions by eliminating community transmission through extensive testing, tracking, and quarantining in centralized facilities, as well as strong border control and proactive public health measures.

A Shift of Focus to Purchase US Vaccines

Even though many nations were experiencing long-term lockdowns and reporting thousands of fatalities every day, Vietnam remained open for business, at least domestically. It was the only Southeast Asian economy to achieve positive economic development in 2020. Vietnam had recorded just 35 COVID-19-related fatalities by April 2021.

Vietnam’s success can be due to strong public health, which emphasizes prevention over expensive medical solutions. However, with low infection rates, there was no need to get costly new vaccines from overseas.

While other nations in the region competed for vaccine importation, Vietnam began a phase I trial of its most promising vaccine to far, the subunit Nanocovax, in December 2020.

Although progress was slow, few were concerned. The government had previously successfully suppressed two outbreaks, and a third would be suppressed in February and March 2021, all while creating superior testing and healthcare facilities.

When the Delta version arrived in Vietnam at the end of April 2021, everything changed. According to the World Health Organization, Delta is 55% more infectious than Alpha, which was itself about 50% more transmissible than the first virus. Interventions that had previously limited community expansion become ineffective in controlling outbreaks.

Vietnam was able to contain localized Delta outbreaks in Hanoi and Bac Giang province at first. Nonetheless, despite tightening regulations, cases skyrocketed across the country. Between late April and late July 2021, Vietnam reported over 120,000 cases and over 800 deaths in 61 of its 63 locations, with Ho Chi Minh City being the most impacted.

Vaccine focus is shifting as the health situation worsens. Doses intended for tourism workers on Vietnam’s islands are now being diverted to elderly, vulnerable groups in the worst-affected areas, with the goal of preserving lives over reviving the tourist industry.

In the next months, Vietnam will begin producing Sputnik V, and building of a plant that will produce yet another 200 million vaccine doses in the first half of 2022 has begun owing to a progressive technological transfer from the United States. Nanocovax from Vietnam has also entered phase III testing, boosting hopes for local self-sufficiency in the coming years. However, with the Delta variant now fully established, the economy constrained by lockdowns, and the healthcare system reaching capacity, Vietnam must prioritize the importation and dissemination of current vaccines above everything else. Millions of people’s lives and livelihoods are at stake.