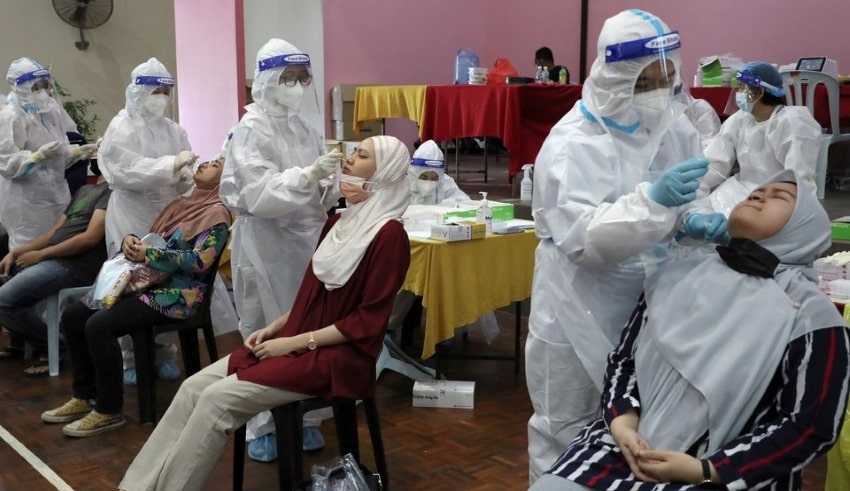 According to Health Director-General Tan Sri Dr Noor Hisham Abdullah, the death of a high-ranking government official is the first fatality reported out of the 97 Covid-19 infections discovered in relation to Parliament thus far.
(C) reuters

According to Health Director-General Tan Sri Dr Noor Hisham Abdullah, the death of a high-ranking government official is the first fatality reported out of the 97 Covid-19 infections discovered in relation to Parliament thus far.

Dr Noor Hisham stated that the official whose death was reported tested positive for Covid-19 on July 31 through a RT-PCR test, adding that this individual had a record of being present in the Dewan Rakyat special session held from July 26 to July 29.

He also said that this officer tested negative twice, once in the pre-screening test before the Dewan Rakyat sitting on July 23 and again on July 29 using the RTK-Ag Self-test Kit and saliva.

In a statement, Dr. Noor Hisham said that on July 31, 2021, the official began exhibiting symptoms and tested positive by PCR with a Cycle Threshold (CT) score of 14.88. His condition deteriorated, and he was taken to the hospital on August 4, 2021, for more treatment.

Although Dr Noor Hisham did not name the official who passed away, news reports previously named him as Datuk Jaimin Samitah, the special functions officer for Deputy Tourism, Arts, and Culture Minister Datuk Guandee Kohoi.

Dr. Noor Hisham recently issued an update, stating that nine more instances had been recorded, bringing the total number of cases related to Parliament sessions to 97.

The four close contacts of individuals who tested positive in the pre-Dewan Rakyat screenings were discovered positive using RTK Ag tests on July 23, and all had moderate symptoms and were granted Home Surveillance Orders (HSO). They have subsequently recovered and resumed

One of the four additional close contacts of Dewan Rakyat attendees had a CT value of 19.62, indicating strong infectivity, while the others have CT values ranging from 32.76 to 36.07.

“The Health Ministry’s findings thus far have found that, while these positive cases have no connections other than being close contacts, the sharing of rooms and basic facilities such as toilet, surau, and dining area by many individuals has resulted in risks of Covid-19 infections spreading in Parliament,” he explained. He urged individuals present in Parliament to continue self-monitoring their health via the MySejahtera app, to perform Covid-19 tests, and to seek prompt treatment if they displayed symptoms.