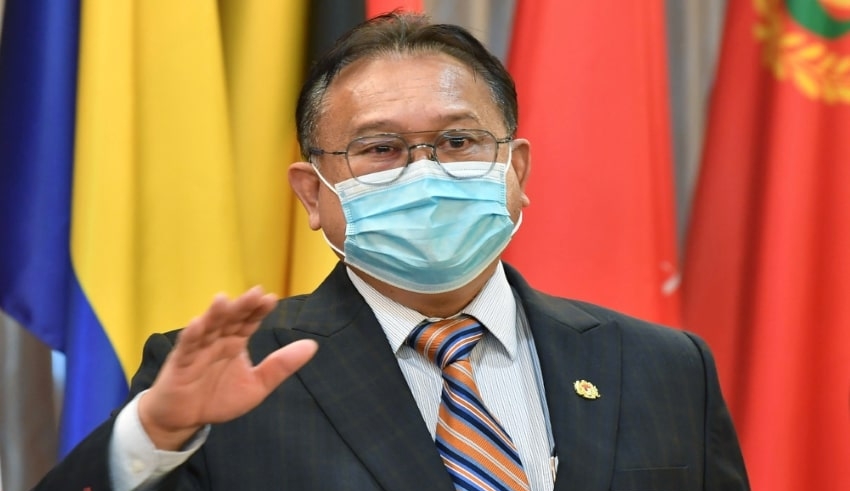 When a confidence motion is presented in Parliament next month, the 18 members of the Gabungan Parti Sarawak (GPS) would back Prime Minister Tan Sri Muhyiddin Yassin
(C) Malay Mail

According to him, the decision was taken during a special meeting at the PBB headquarters with GPS chairman Datuk Patinggi Abang Johari Openg, Sarawak’s chief minister.

In a statement, Nanta said that GPS has also taken notice of the Yang di-Pertuan Agong’s proclamation that the administration of the day’s federal government would continue until a decision is made during the Parliament session to be held next month.

He stated that GPS believed the prime minister’s choice to present a vote of confidence in himself to be a brave and smart action, as well as the appropriate way in line with the Federal Constitution.

Nanta added that GPS also considers the move to draw the public into the political unrest and seek to bring down the federal administration at a time when the people and country are confronting the Covid-19 pandemic, which would only create concern among the people.

Nanta, who is also the federal minister of domestic commerce and consumer affairs, stated that the focus of GPS at this time is people’s well-being, solving the pandemic crisis, speeding up the vaccination program, and state and federal economic recovery.

He stated that GPS hoped that all parties would cease politicking and let parliament members decide by themselves whether to support or oppose the prime minister’s vote of confidence next month.

The prime minister has declared on August 4 that a confidence vote will be tabled in the Dewan Rakyat when it reconvenes in September, while claiming that he still had the necessary majority of parliament’s support in the form of statutory declarations (SD) to govern Malaysia.

Muhyiddin stated that Yang di-Pertuan Agong Al-Sultan Abdullah Ri’ayatuddin Al-Mustafa Billah Shah informed him that His Majesty had gotten SDs from eight UMNO MPs who formally notified the Dewan Rakyat Speaker that they were withdrawing their support for him.