The Asian Affairs > Latest News > Geo Politics > Sec-Gen: No UMNO MPs will be dismissed for supporting Perikatan, but they must explain why 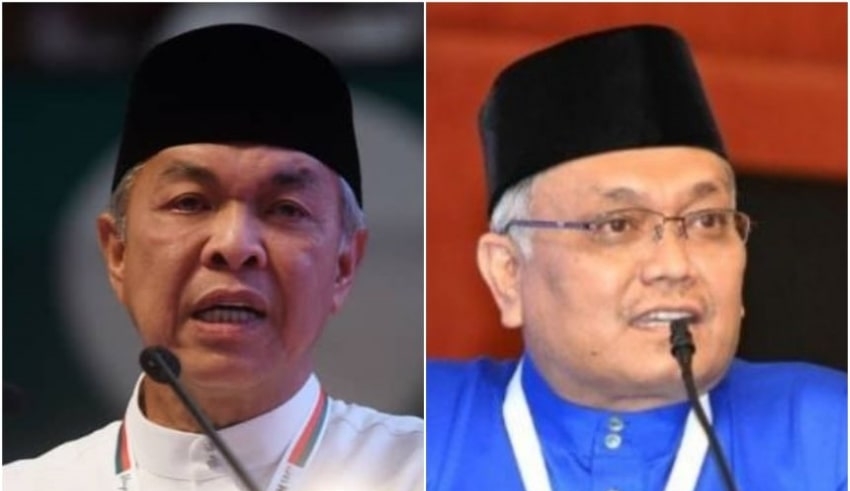 UMNO MPs who continue to support the Perikatan Nasional (PN) administration will not be dismissed, even with the party's withdrawal of support for Prime Minister Tan Sri Muhyiddin Yassin and his cabinet.
(C) straitstimes

UMNO MPs who continue to support the Perikatan Nasional (PN) administration will not be dismissed, even with the party’s withdrawal of support for Prime Minister Tan Sri Muhyiddin Yassin and his cabinet.

He explained that the letters that had previously been issued were just reminders and requests for clarification.

In an interview posted on the party’s Facebook page, he said that although some have claimed that the letters were threats, they were not; they were just reminders to members to be ethical and to uphold the party’s decision.

“UMNO has no plans to sack anyone. We wanted to remind them of the party’s statutes. That was the purpose of the letters I wrote to them, my friends.” He added.

Previously, the UMNO secretary-general’s office highlighted the matter of PN’s clear disrespect for the Yang di-Pertuan Agong’s instructions over the Emergency Ordinances in a letter dated August 5.

The letter also urged the party’s lawmakers, including PN Cabinet ministers and deputy ministers, to quit PN, giving them until last Saturday to declare their support for UMNO’s decision.

In response to the Registrar of Societies’ (RoS) decision to invalidate UMNO’s election postponement, he stated that UMNO had provided all needed papers, including meeting minutes from the party’s supreme council meeting (MKT) that was held in February, at which they resolved to postpone the party’s election.

He further clarified that the decision to delay the party elections made by the supreme council meeting in June was taken correctly, even though it was not made in person.

Ahmad Maslan went on to say that at the meeting with the RoS, UMNO’s lawyers emphasized that the party had submitted numerous cases in court where the WhatsApp resolution may be used as evidence. He explained that it implies that it may be utilized by any organization when making a decision.