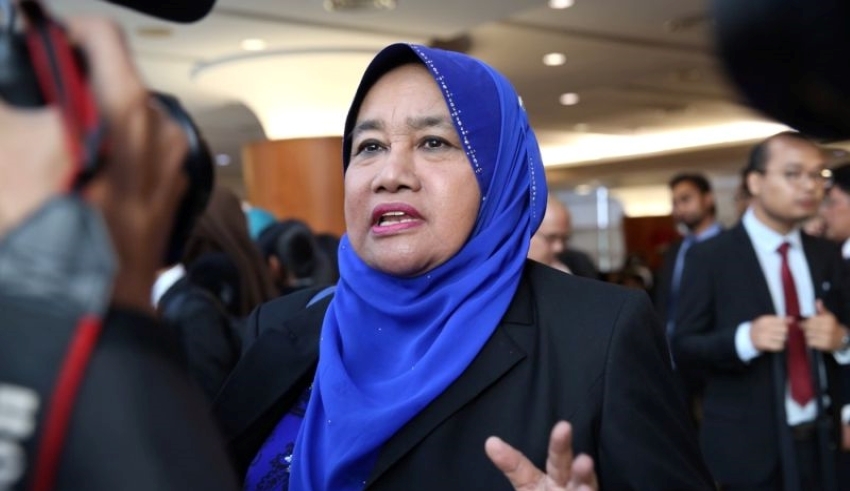 Datuk Rosni Sohar, an Umno supreme council member, has resigned from the board of the National Higher Education Fund Corporation (PTPTN).
(C) malaymail

Datuk Rosni Sohar, an Umno supreme council member, has resigned from the board of the National Higher Education Fund Corporation (PTPTN).

Rosni stated her resignation was because of Datuk Seri Noraini Ahmad’s resignation as well as UMNO’s decision on August 3 to withdraw its support for Prime Minister Tan Sri Muhyiddin Yassin.

“First and foremost, I would like to express my thanks and sincere gratitude to former higher education minister Datuk Seri Noraini Ahmad for providing me with the chance to serve on the PTPTN management board.

“As a result, I hereby resign as a member of the PTPTN management board, starting August 7, 2021,” Rosni stated in a statement posted on her Facebook page.

She also noted that, as stated in its party constitution, UMNO has always respected the decrees of the Yang di-Pertuan Agong.

She appreciated the PTPTN team for their help throughout her term.

She was the second UMNO official to quit from Muhyiddin’s Cabinet, following Datuk Seri Shamsul Anuar Nasarah’s resignation as Minister of Energy and Natural Resources on August 3.

Some other UMNO supreme council members who have previously stepped down from high-profile public positions include vice-president Datuk Seri Mohamed Khaled Nordin, who decided to resign as the non-independent, non-executive chairman of Boustead Holdings Berhad on August 5, and Datuk Seri Abdul Rahman Dahlan, who is a board member of Universiti Malaysia Sabah.

Zahid said that a sufficient number of his party’s MPs had signed a statement withdrawing support for the PN, denying it the simple majority required to remain the government of the day.

He also asked UMNO Cabinet members to quit their positions.

Muhyiddin, on the other hand, argued that he still has the majority backing of MPs and that he will present a confidence vote in the Dewan Rakyat next month. Datuk Seri Ismail Sabri Yaakob, UMNO vice-president and deputy prime minister, is heading a section of his party’s MPs in supporting Muhyiddin.