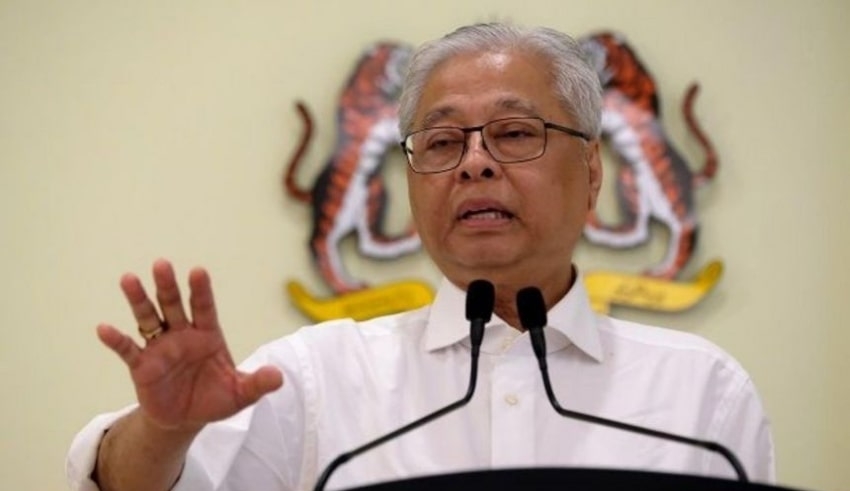 All MPs from Barisan Nasional and Umno have agreed to support Datuk Seri Ismail Sabri Yaakob in his quest to become the next Prime Minister.
(C) straitstimes.

All MPs from Barisan Nasional and Umno have agreed to support Datuk Seri Ismail Sabri Yaakob in his quest to become the next Prime Minister.

The legislators reached this conclusion after a meeting of Umno’s supreme council and a gathering of BN MPs tonight.

Padang Besar MP alsa stated that the president will make a declaration about the contender. What matters is that he is clean and free of any instances that may call his credibility into question and said to the reporters when he exited Umno headquarters at Menara Dato’ Onn here at around 11.15pm.

However, it has now been claimed that Ismail Sabri would be the one.

Rembau MP Khairy Jamaluddin also verified that all coalition legislators agreed on the issue, and without pausing to face the reporters, he said that it was unanimous.

Pengerang MP and Deputy Dewan Rakyat Speaker Datuk Seri Azalina Othman, also said that it was very acceptable that Ismail Sabri be chosen based on the latter’s qualifications.

Additionally, the Pangerang MP and Deputy Dewan said that the supreme council mandated the MPs and the BN MPs chose to support one person. and that they have been informed on the fact that BN has a team of partners that will help them cross the finish line in terms of the 111.

They also made it obvious that they agreed by responding “yes,” since he was theoretically the second highest ranking member of our party after the president, and he was also the deputy prime minister. He seems to be most pleasant to them in that sequence.

Earlier in the day, members of the supreme council and Umno MPs gathered to the meeting convened to debate their chosen prime minister candidate.

This morning, Dewan Rakyat Speaker Datuk Azhar Azizan Harun issued a notice directing all MPs to submit their candidacy for the next prime minister in writing to Istana Negara by 4 p.m. tomorrow.

Azhar said in the letter that this is in line with Federal Constitution Article 43 (2)(a).